A war over textbooks

Yesterday a cousin of mine sent me a link wherein I learned that this week the Texas State Board of Education voted down a resolution that would allow academics to fact-check public school textbooks.

Board member Thomas Ratliff was one of the ones who voted for it.  "I know people are concerned about pointy-headed liberals in the ivory tower making our process different or worse," Ratliff said.  "But I hold our institutions of higher education in fairly high regard."

Whoo!  That's some serious high praise for academics, right there, and that was from a guy who supported the resolution.  "Them goddamn pointy-headed ivory-tower liberals in them thar colleges, they's maybe not so bad.  I s'pose."

This throws textbook review back on "citizen review panels" made up of teachers, parents, and business leaders to fact-check the books that are being used to educate our children.  The same system, allow me to point out, that approved a history text that called African slaves "workers," as if recruiters had gone over to West Africa in the 1700s with fliers that said, "Great job opportunities in the New World!  Get in on the ground floor of a booming agricultural industry!  Awesome fringe benefits!  Flexible hours!"

As a nod to getting people on the panels that actually know what the fuck they're talking about, the Board unanimously approved a measure to make sure that "at least a majority of the members have sufficient content expertise and experience."

Board member Marty Rowley said, "I think we're making it stronger and better and more expert than in the past."

This is the same Board of Education who made education "more expert" last year by including a statement in the standard for American history that required students to "identify the individuals whose principles of laws and government institutions informed the American founding documents, including those of Moses," and mandated that they learn "the role of Biblical law in the writing of the Constitution."

No wonder they don't want any academics in there messin' with the textbooks. 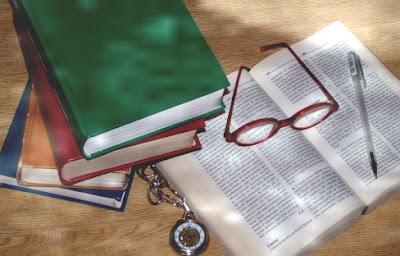 Roy White, chairman of a group called "Truth in Texas Textbooks," was delighted with the outcome of the vote.  The review panels don't need a bunch of university professors stepping in and taking over, and the issue with the African "workers" was an honest oversight.  "You got humans involved, there are going to be some errors," White said.

I'm sorry, that's not an error.  This is not a misspelled word.  Whoever wrote that passage knew precisely what (s)he was doing.  This was a deliberate attempt to introduce political spin into public school history textbooks, and more specifically to de-emphasize the role that white slave owners in the pre-Civil War South had in one of the biggest, most systematic state-sponsored human rights abuses the world has ever seen.

Nope.  Can't have that ol' Confederate flag get any bad press, even if it means weaving an implicit lie into the books used in history classrooms.

Kathy Miller, of the watchdog group Texas Freedom Network, was less sanguine.  "With all the controversies that have made textbook adoptions in Texas look like a clown show, it's mindboggling and downright embarrassing that the board voted this down," Miller said.  She also pointed out that of the hundred people who were appointed to review history texts in Texas last year, only three were actual historians -- and one was a retired used car salesman who was running for political office.

The scariest thing is that because of Texas's large population and policy of state-wide textbook adoption, their standards for textbook content tend to drive the nation.  Publishers understandably don't want to have to print up a Texas edition of a book and an Everybody Else in the US edition, so the Texas edition often ends up being the one that is available nationwide.  The "workers" issue, and flak over science textbooks that gave short shrift to climate change and evolution (and gave students the incorrect impression that there's any significant questioning among scientists over either one), has put pressure on the publishing companies -- who are therefore caught right in the middle of the controversy.

The whole thing is, bottom to top, appalling.  The idea that a majority of the board that oversees education for an entire state thinks that a "citizen review panel" is going to be better at fact-checking biology textbooks than someone with a Ph.D. in biology.  The generalized distrust these people evidently have for anyone who actually knows what they're talking about.  The patently obvious ideological motivation for the whole thing, which is to push a conservative, nationalist, Christian agenda into public schools.

And with this week's vote, they're apparently going to get away with it.
Posted by Gordon Bonnet at 2:09 AM