Out of consideration for my readers, I try not to ring changes on the same topics too often, especially in rapid succession.  But today I have to write again about climate change, even though it was the topic of yesterday's post, because of a completely different idiotic thing that one of our elected officials is doing.

In this case, it's a Skeptophilia frequent flier Representative Lamar Smith of Texas.  Smith's virulently anti-science stance has been the topic of more than one post here, so it should come as no particular surprise that he's at it again.  This time, it's an expansion of his witch hunt against people at the National Oceanic and Atmospheric Administration (NOAA) to locate and censure any employee who even mentions anthropogenic climate change.

Last year, Smith issued a subpoena for any internal documents that contained the words "global temperature," "climate study," "hiatus," and "haitus."  He presumably included the last one not only to catch accidental misspellings, but to catch people who deliberately misspelled words so as to avoid getting caught in his word search, a technique often used by people on social media to avoid obscenity filters, as in the phrase "Lamar Smith is kind of a dcik."  But this week, Smith apparently decided that he wasn't snaring enough malefactors, because he expanded his search parameters, as follows:

So you're going to take an agency that studies weather and climate, and subpoena every document that mentions "temperature" and "climate?"  Seems like Lamar is going to go from not catching enough evil climate change documents to catching everything.  I'd love to see what happens when his subpoena results in the capture of 139,452 documents, all of which his committee then has to go through.

("Karl," by the way, is a search parameter because Thomas Karl is one of the scientists whose climate research Smith and his cronies are targeting.)

How, precisely, can this be labeled as anything but harassment?  This smacks of Joseph McCarthy's sifting through people's correspondence looking for any hint of communism lurking therein.  Worse, actually; because communism isn't fact, it's an ideology, and there was justification for considering what the Soviets were doing as dangerous.  Here, we're talking about science, for cryin' in the sink.  And as I mentioned yesterday, nature doesn't really give a flying fuck what your political stance is.  You can't spin data.

What Smith et al. are doing amounts to suppressing hard evidence, akin to the spokespeople for Big Tobacco covering up evidence of the connection between smoking and lung cancer, which they did successfully for decades.  People like this have no respect for the truth; they only care about furthering their own agenda, whatever the cost. 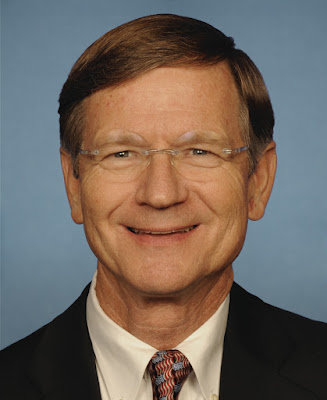 What is most appalling is that in both the House and the Senate, the committees that oversee scientific research and the environment are run by anti-science ideologues of the worst sort -- not only Smith, but people like Dana Rohrabacher (who once called climate change "liberal claptrap") and James Inhofe (who brought a snowball onto the floor of the Senate to prove that the world isn't warming up).

So their solution to having scientific findings that fly in the face of the way they'd like the world to work is to persecute the scientists.  Unfortunately, this approach doesn't work.  As we've established all too often, the universe doesn't care if you're happy or not.  Put a different way, we have the trenchant quote from Neil deGrasse Tyson: "The nice thing about science is that it works whether you believe in it or not."
Posted by Gordon Bonnet at 1:58 AM