In our ongoing effort to consider weird things people believe, today we have: the veneration of Jesus's foreskin.

If you've never heard of this before, you'll probably think I'm making this up, but I'm not.  In Wikipedia's article on the topic, we find out that "At various points in history, a number of churches in Europe have claimed to possess Jesus's foreskin, sometimes at the same time," which raises the awkward question of how many foreskins he had.

The first recorded mention of the relic was all the way back in the year 800 C.E., when the Emperor Charlemagne presented it to Pope Leo III and told him that an angel had delivered it to him while he was praying at the Holy Sepulcher in Jerusalem.  And for you doubtful types, allow me to mention that its authenticity was later confirmed in a vision by Saint Bridget of Sweden, so I think we can all agree that the claim is pretty well proven.

Unfortunately, the "holy prepuce" (as the relic is called) was stolen by a German soldier during the Sack of Rome in 1537, but he was captured in the Italian town of Calcata shortly thereafter and thrown into prison.  Somehow he snuck the jeweled reliquary into prison with him (you'd think the guards would have noticed), and no one knew what was going on until miraculous "perfumed fog" repeatedly appeared over the town.  At that point, the game was over, because what other explanation for fog could there be other than there being a preserved piece of Jesus's penis somewhere in town?  So it was recovered from the imprisoned soldier, and afterwards housed in the church in Calcata, which then became a major pilgrimage site.

Things only got more complicated from then.  At some point, foreskins showed up at the Cathedral of Le Puy-en-Velay, Santiago de Compostela, the city of Antwerp, Coulombs in the diocese of Chartres, Chartres Cathedral itself, and churches in Besançon, Metz, Hildesheim, Charroux, Conques, Langres, Fécamp, Stoke-on-Trent, and two in Auvergne.  Which even if you accept that they weren't actually from Jesus, still brings up the troubling question of where they were getting all of these foreskins.  Guys are generally only equipped with one each, so that's a lot of people circumcising their sons, and worse, deciding afterwards that it would be a good idea to save the cut-off bit and give it to the church in a box.

Which I find a tad creepy.

But we're not nearly done with the creepy parts of the story.  Once again turning to the Wikipedia article, we find out that the one in Antwerp was sent there after being purchased by King Baldwin I of Jerusalem following his success in taking back the Holy Land from the Muslims during the First Crusade.  And I'm thinking, "How do you go about buying something like this?"  Did he just cast about for people who were selling random holy body parts until he found one he wanted?  Did he go to Foreskins-"R"-Us?  Or did a relic salesman go up to him and say, "Hey, your majesty, I bet you've never seen anything like this before?"  In any case, Baldwin bought it, and sent it back to Antwerp, where it resided until it mysteriously disappeared in 1566.

But no worries, there were plenty of others to take its place.  And the arguments over which one was the real item were still going on as late as the 1850s, when the Holy Prepuce of Charroux went head-to-head (rimshot) with the aforementioned Holy Prepuce of Calcata, leading to a "theological clash" that was resolved in 1900 by a decree from the Vatican that said that anyone speaking or writing about the foreskin of Jesus would be summarily excommunicated.  (Which after writing this post would put me in an awkward position, vis-à-vis the Roman Catholic Church, if I weren't already there for about fifty other reasons.)

Be that as it may, making a big deal out of the alleged relic persisted well into the 20th century despite the church's injunction.  In 1983, on the Feast of the Circumcision, the jeweled box with the Holy Prepuce of Calcata was taken out and paraded down the street, where a thief stole it.  Contents and all.  It hasn't been recovered, and my impression is that the Vatican isn't really too upset by this.  They seem to be kind of embarrassed by the whole thing, which is certainly understandable.

But by far the oddest claim, and actually the reason I thought about writing this post in the first place, is the one by 17th century theologian Leo Allatius, who thought that all of the relics were fake, because the actual foreskin of Jesus was taken into heaven with him when he ascended, where it became the rings of Saturn.

Once again, I swear I'm not making this up. 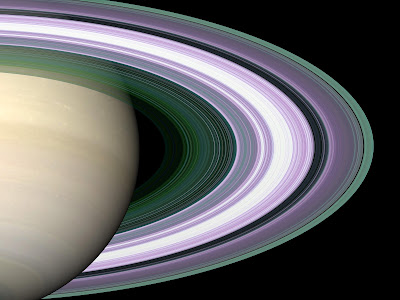 Anyhow, that's today's adventure in bizarre beliefs.  I'm not sure what else I could add in the way of commentary, other than to thank the loyal reader of Skeptophilia who ran across the Leo Allatius article, and gave me the tip-off.

So to speak.
Posted by Gordon Bonnet at 1:58 AM