Voting for the voice of god

Below I present to you a series of quotes.  You'll see a pattern pretty quickly.
So what we have here is a host of presidential candidates who are all basically claiming that god told them personally that he wanted them to run.  Fortunately, one of them at least is aware that god can't simultaneously support everybody:


I think sometimes, while people say, “we’re praying about this, we’re asking God,” that’s fine, but it seems like the criteria that I’ve been told for selecting candidates seems very secular.  It’s about well, this person is polling well, this person has the cash.  And I’m thinking, you know if these guys were going up against Goliath they would’ve insisted that it was the big guy, with the king’s armor—they never would’ve allowed that shepherd boy with the five smooth stones, and with Gideon’s army, they would’ve run for cover when God got Gideon’s army down to 300. -- Mike Huckabee, speaking about his rivals Marco Rubio and Ted Cruz

But of course, since he's implying that because of all of this, god's supporting him, I'm not sure we've gained any ground, here. 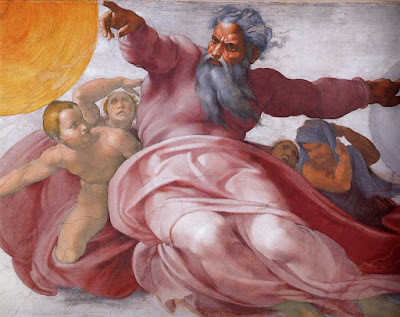 And of course, the other problem is that the unifying theme between all of these guys is that none of them are going to get the Republican nomination.  (We could argue over whether Ted Cruz still has a shot, but I think that realistically, he's done for.)  So what's going on here?  Was god trolling all of them?  Or saying, basically, "Yes.  It's my will that you run" without adding, "... but you're all gonna lose."  Or just telling them what they wanted to hear, because the almighty didn't want to hurt their feelings?

The problem is exactly what Susan B. Anthony observed -- "I distrust those people who know so well what God wants them to do, because it so often coincides with their own desires."

So anyway, it's all rather amusing to we non-religious types that one of the only Republican candidates who didn't claim to be anointed by god -- Donald Trump -- is looking like a shoo-in for the nomination.  Of course, the downside is that Donald Trump winning the nomination doesn't only mean that the God Squad didn't get it, but that, um, Donald Trump will have won the nomination.  So my laughter is ringing a little hollow at the moment.

Maybe god could tell Donald that he was destined to become president.  Given god's batting average so far, it'd pretty much assure that he'd lose.
Posted by Gordon Bonnet at 2:32 AM