I smell a rat

I think I've made my position on GMOs plain enough, but let me just be up front about it right out of the starting gate.

There is nothing intrinsically dangerous about genetic modification.  Since each GMO involves messing with a different genetic substructure, the results will be different each time -- and therefore will require separate testing for safety.  The vast majority of GMOs have been extensively tested for deleterious human health effects, and almost all of those have proven safe (the ones that weren't never reached market).

So GMOs are, overall, as safe as any other agricultural practice -- i.e. not 100% foolproof, but with appropriate study, not something that deserves the automatic stigma the term has accrued.

There are a great many people who don't see it that way.  One of the most vocal is Gilles-Éric Séralini, who made headlines back in 2007 with a study that alleged that rats fed genetically modified corn showed blood and liver abnormalities.  When the study was published and other scientists attempted to replicate it (and failed), the results of Séralini's study were attributed to "normal biological variation (for the species in question)." 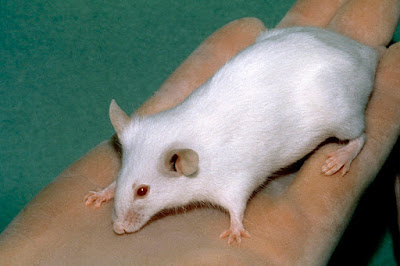 Undeterred, Séralini went on in 2012 to publish a paper in Food and Chemical Toxicology about long-term toxicity of glyphosate (RoundUp) that is still the go-to research for the anti-Monsanto crowd.  He claimed that rats dosed with glyphosate developed large tumors and other abnormalities.  But that study, too, failed in attempts to replicate it, and it was withdrawn from FCT, with the editor-in-chief stating that the results were "inconclusive."

So if you smell a rat with respect to Séralini and his alleged studies, you're not alone.

But there's no damage to your reputation that can't be made worse, and Séralini took that dubious path last week -- with a "study" that claims that a homeopathic remedy can protect you from the negative effects of RoundUp.

So, to put it bluntly: a sugar pill can help you fight off the health problems caused by something that probably doesn't cause health problems, at least in the dosages that most of us would ordinarily be exposed to.

Being that such research -- if I can dignify it by that name -- would never pass peer review, Séralini went right to a pay-to-play open-source alt-med journal called BMC Complementary and Alternative Medicine.  Steven Savage, a plant pathologist, had the following to say about the study:


The dose is absurd.  They gave the animals the equivalent of what could be in the spray tank including the surfactants and the a.i. (active ingredients).  If glyphosate or its AMPA metabolite ever end up in a food it is at extremely low concentrations and never with the surfactant.  Unless you were a farmer or gardener who routinely drinks from the spray tank over eight days, this study is meaningless.

Furthermore, Andrew Porterfield, who wrote the scathing critique of Séralini I linked above, pointed out an additional problem:


Scientists have been sharply critical of the study’s methodology and conclusions... the paper has no discussion on the natural variability in locomotion or physiological parameters, making it impossible to tell if anything was truly wrong with any of the animals.

And if that weren't bad enough, Séralini proposes to counteract these most-likely-nonexistent health effects with pills that have been diluted past Avogadro's Limit -- i.e., the point where there is even a single molecule of the original substance left.  There have been dozens of controlled studies of the efficacy of homeopathy, and none of them -- not one -- have shown that it has any effect at all except as a placebo.

So we have doubtful health problems in animals that were not evaluated beforehand for health problems being treated by worthless "remedies" that have been shown to have zero effect in controlled studies.


Of course, considering how powerful confirmation bias is, I'm not expecting this to convince anyone who wasn't already convinced.  I will say, however, that we'd be in a lot better shape as a species if we relied more on reason, logic, and evidence -- and less on our preconceived notions of how we'd like the world to be.
Posted by Gordon Bonnet at 2:32 AM