I saw a comment on the r/skeptic subreddit yesterday that made me shudder a little.

It was connected to a post on something called "hydrogen water" that I dealt with in Skeptophilia almost exactly a year ago.  The original post on r/skeptic simply asked the question if there was anything to "hydrogen water;" and (as my own post describes) it's one of those things that sounds weird but apparently has at least some experimental support.  (See my post if you're curious on that point.)

What intrigued me, however, were the people who commented on the original question.  There was the usual assortment of folks who responded without doing any research, such as the guy who pointed out snarkily that "water is H2O and therefore there's always two hydrogens for every oxygen, you can't add more."  The claim, however, is not that you're creating water molecules with more hydrogen (H3O, H4O, etc.), but dissolving hydrogen gas into water. 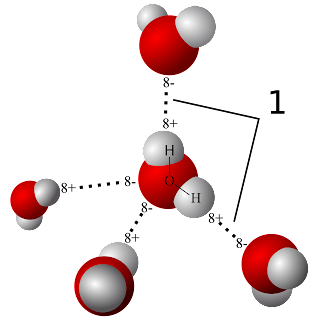 But then someone made a comment that made me pause.  "If it sounds like woo, it's woo."

The problem is, that is exactly the sort of unscientific approach skeptics need to avoid.  That, in fact, is the reason we have science; because our notions, guesses, biases, and inclinations so often lead us astray.  I've gotten caught by that myself; when I first heard about low laser therapy -- the use of beams of polarized light to stimulate wound healing -- I thought, "How the hell could that work?  Our cells don't respond to light.  We're not plants."

But I was wrong.  Low laser therapy is now in routine use and is well-supported by research. The bottom line is that any argument from personal incredulity is insufficient to prove anything.

And for a skeptic to do this is especially bothersome, since we're often quick to point it out in others.  That's a charge you (rightly) hear levied at the creationists; just because you personally can't imagine how evolution could work, how it could produce complex structures like eyes and limbs and wings and brains, is no argument that evolution is wrong.  All it means is that you can't imagine it (or, given all the resources out there that give cogent explanations of evolution for the layperson, are simply too lazy to make the effort to understand).

So "if it sounds like woo, it's woo" is a lousy guideline to establishing scientific truth.  For that, we have controlled experiments and the whole superstructure of testing and retesting and peer review.  Which, though hardly flawless, is clearly the best option we have for understanding the universe.

The whole thing is yet another indicator that being a skeptic doesn't mean getting rid of our biases as much as it does being aware that we have biases, and being open to modifying our understanding based on the available evidence.  The open-and-shut, faith-based, accept-this-because-it sounds-appealing approach is completely antithetical to science and skepticism.

I mean, that's what a lot of us criticize about religion.  You'd think we'd be more aware not to do the same thing ourselves.

In any case, I can only hope that the guy who posted in r/skeptic was just making a passing, thoughtless comment.  Heaven knows that happens, too.  But I thought it was a good opportunity for us skeptics to take a long, hard look at ourselves -- and to acknowledge the fact that we're just as prone as the next person to slip into fallacies if we're not careful.
Posted by Gordon Bonnet at 2:00 AM