A month ago I wrote about an alarming study that looks at the population decline amongst American bird species.  We're not talking small numbers, here.  The best overall estimate is that there has been at 25% drop in the number of birds continent-wise, a loss of a grand total of three billion birds.

What surprised me about the response to this news, both to my blog post and to the media announcements in general, is that it can be summed up as, "Oh, that's sad.  Oh, well, what can you do?"  Unfortunate that the little feathery guys at our bird feeders aren't showing up like they used to, but... well, they're just birds, right?  Primarily decorative, and most of the species they're talking about I've never heard of anyway.

The people who were the most alarmed were the ones who were already alarmed about the state of our environment.  I very much got the impression everyone else just kind of shrugged and went about their business at usual.

It brings up a question of how you get people to care.  Not the environmentalists and eco-activists and birdwatchers and Sierra Club members.  Like I said, they care already.  But how do you reach your average person, and get them to see the magnitude of what we're doing to the planet -- and how the possibility is very real that we won't avoid horrible consequences, not just to a few obscure species of animals, but to ourselves? 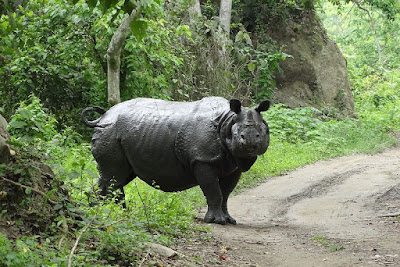 This is the topic of a study that appeared this week in Nature: Scientific Reports, by Stefan Schubert, Lucius Caviola, and Nadira S. Faber, of the Department of Experimental Psychology at Oxford University.  Titled, "The Psychology of Existential Risk: Moral Judgments about Human Extinction," the study asked individuals both in the United Kingdom and United States to consider the possibility of both human and other-species extinction, and an interesting pattern emerged.

In each of the types of extinction that Schubert et al. asked their test subject to think about, they asked two questions: how bad is it?  And, why is it bad?  What they found was that people tended to think quantitatively.  No matter what species was being considered, the bigger the percent drop, the worse it was.  An 85% reduction was worse than a 60% reduction, a 60% reduction worse than a 35% reduction, and so on.  So far, nothing too shocking.

What is alarming -- to we environmental types, anyhow -- is that this "degree of harm" is scaled up in a fairly linear fashion, all the way up to 100%.  Complete extinction.

Why this is alarming is that people don't seem to recognize the qualitative difference between a 100% loss and a 99% loss.  At least theoretically, if you have even 1% of the individuals left, recovery is possible (although not likely; 1%, for most species, is probably below the minimum viable population, the point at which the natural death rate exceeds the natural birth rate, so a downward spiral is inevitable).

But complete extinction?  Gone completely is gone forever.  And the magnitude of that just doesn't seem to register with most people, even when we're talking about humans themselves as the victims.

Thus, when asked in the most straightforward and unqualified way, participants do not find human extinction uniquely bad.  This could partly explain why we currently invest relatively small resources in reducing existential risk.

Which makes sense (of a sort) of what we started with -- that dire reports on the decline in wild species don't seem to generate much beyond an "aw, that's too bad" response in your average media consumer.  It also makes it clear that if the people who write about the environmental crisis focused on the long-term consequences of our current behavior, rather than just on sad photographs of starving polar bears, we might see a bigger seismic shift in attitudes.

Of course, this doesn't take into account other factors, such as disinformation from corporations heavily invested in business as usual, and the ignorant, self-serving politicians who are in those corporations' pockets.  But since those politicians are elected by us ordinary folk, it's still worthwhile to try to create a change in attitudes that could, perhaps, avert disaster.

It is, after all, in our common interest to do so.  And the Schubert et al. gives us a possible approach to make that point clear to everyone.

Posted by Gordon Bonnet at 5:30 AM