An alpine gem in China

The classic example of this, of course, is the group of birds called "Darwin's finches," that evolved from a parent population of tanagers from mainland South America (their closest relative is the Dull-colored Grassquit of Colombia, Ecuador, and Peru) something on the order of two million years ago.  Once arrived in the islands, they thereafter fragmented to fill the available niches in a process that has been nicknamed adaptive radiation.

So split off a population and give it some new conditions to contend with, and you'll end up with new species.  Which is what happened to a whole ecosystem's worth of species thirty million years ago -- leading to one of the most biodiverse spots on Earth.

New research into the genetics of the dozens of unique species in the Hengduan Mountains and Qinghai Plateau of western China has given us a fascinating lens into this process.  In "Ancient Orogenic and Monsoon-Driven Assembly of the World’s Richest Temperate Alpine Flora," by Wen-Na Ding, Robert Spicer, and Yao-Wu Xing of the Chinese Academy of Sciences and Richard Ree of Chicago's Field Museum, we read about a biotic province created by mountain building that not only raised the elevation (and thus lowered the average temperature), but altered wind currents to create monsoons -- and isolated the populations trapped there from their relatives on the other side of the mountain range.

"The theory is, if you increase the ruggedness of a landscape, you're more likely to have populations restricted in their movement because it's harder to cross a deeper valley than a shallow valley," said study co-author Richard Ree, in an interview with Science Daily.  "So any time you start increasing the patchiness and barriers between populations, you expect evolution to accelerate...  The combined effect of mountain-building and monsoons was like pouring jet fuel onto this flame of species origination.  The monsoon wasn't simply giving more water for plants to grow, it had this huge role in creating a more rugged topography.  It caused erosion, resulting in deeper valleys and more incised mountain ranges."

This all started back in the Oligocene Epoch, thirty million years ago, and the area has been pretty well isolated ever since.  The result is plants like the Himalayan lantern (Agapetes lacei): 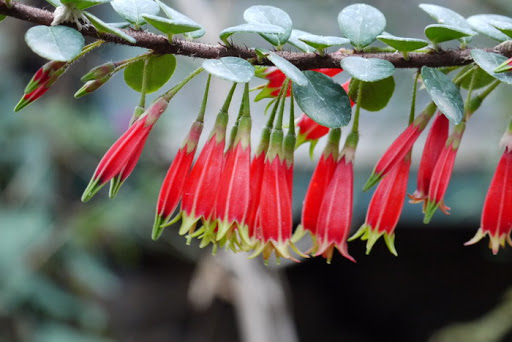 .... which you wouldn't guess is a relative of rhododendrons and azaleas; the alpine monkshood (Aconitum gymnandrum): 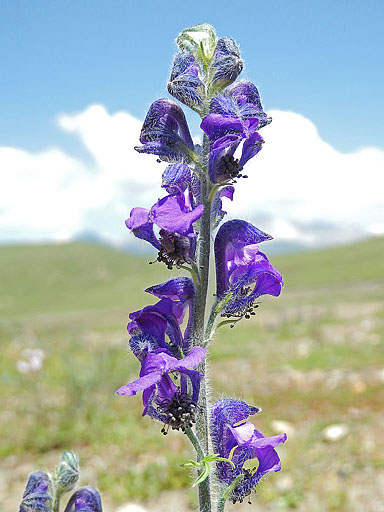 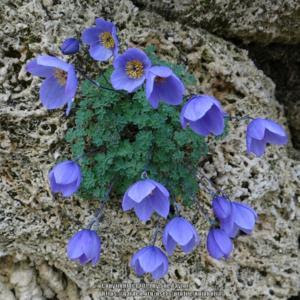 ... and literally hundreds of others, species found there and nowhere else on Earth.

The remoteness and general inaccessibility of the area has limited the human impact (fortunately), but scientists are rightly concerned with the effects that climate change will have on these subalpine valleys and plateaus.  Even if we're not directly damaging the ecosystem, our actions elsewhere imperil it, just as our out-of-control fossil fuel use has led to the thawing of the Arctic and the threat of ice sheet collapse in Antarctica -- the latter of which recent research has suggested could add three meters to the average sea level over a very short period, with catastrophic consequences.

But for now, let's just focus on this pristine gem of an ecosystem, and marvel at the processes that created it.  Once again, we see the truth of Darwin's words, with which he ended The Origin of Species: "There is grandeur in this view of life, with its several powers, having been originally breathed into a few forms or into one; and that, whilst this planet has gone cycling on according to the fixed law of gravity, from so simple a beginning endless forms most beautiful and most wonderful have been, and are being, evolved."