There were three magic words that used to be able to induce me to do almost anything, regardless how catastrophically stupid it was: "I dare you."

It's how I ended up walking the ridgeline of a friend's house when I was in eighth grade:


Friend: My house has such a steep roof.  I don't know how anyone could keep his balance up there.

Friend:  I dare you.

That I didn't break my neck was as much due to luck as skill, although it must be said that back then I did have a hell of a sense of balance, even if I didn't have much of any other kind of sense. 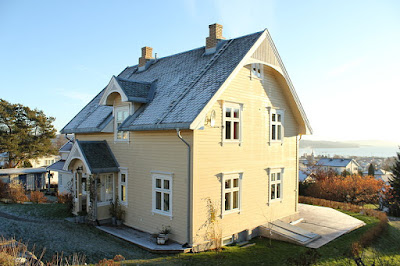 Research by neuroscientists Lei Zhang (University Medical Center Hamburg-Eppendorf) and Jan Gläscher (University of Vienna) has given us some insight into why I was prone to doing that sort of thing (beyond my parent's explanation, which boiled down to "you sure are an idiot").  Apparently the whole thing has to do with something called "reward prediction error" -- and they've identified the part of the brain where it occurs.

Which explains my stupid roof-climbing behavior, and loads of other activities that begin with the words "hold my beer."  I wasn't nearly as fearless as I was acting; I fully expected to lose my balance and go tumbling down the roof.  When that didn't happen, and I came ambling back down the ladder afterward to the awed appreciation of my friend, I got a neurochemical bonus that nearly guaranteed that next time I heard "I dare you," I'd do the same thing again.

The structure of the researchers' experiment was interesting.  Here's how it was described in a press release in EurekAlert:


[The] researchers... placed groups of five volunteers in the same computer-based decision-making experiment, where each of them was presented with two abstract symbols.  Their objective was to find out which symbol would lead to more monetary rewards in the long run.  In each round of the experiment, every person first made a choice between the two symbols, and then they observed which symbols the other four people had selected; next, every person could decide to stick with their initial choice or switch to the alternative symbol.  Finally, a monetary outcome, either a win or a loss, was delivered to every one according to their second decision...  In fact, which symbol was related to more reward was always changing.  At the beginning of the experiment, one of the two symbols returned monetary rewards 70% of the time, and after a few rounds, it provided rewards only 30% of the time.  These changes took place multiple times throughout the experiment...  Expectedly, the volunteers switched more often when they were confronted with opposing choices from the others, but interestingly, the second choice (after considering social information) reflected the reward structure better than the first choice.

So social learning -- making your decisions according to your friends' behaviors and expectations -- is actually not a bad strategy.  "Direct learning is efficient in stable situations," said study co-author Jan Gläscher, "and when situations are changing and uncertain, social learning may play an important role together with direct learning to adapt to novel situations, such as deciding on the lunch menu at a new company."

Or deciding whether or not it's worth it to climb the roof of a friend's house.

We're social primates, so it's no surprise we rely a great deal on the members of our tribe for information about what we should and should not do.  This works well when we're looking to older and wiser individuals, and not so well when the other members of our tribe are just as dumb as we are.  (This latter bit explains a lot of the behavior we're currently seeing in the United States Senate.)  But our brains are built that way, for better or for worse.

Although for what it's worth, I no longer do ridiculous stunts when someone says "I dare you."  So if you were planning on trying it, don't get your hopes up.