The power of ritual

I was raised in a devoutly Roman Catholic home, but after spending my teenage years feeling question after question bubbling up inside me, I left Catholicism, never to return.  In my twenties I tried more than once to find a faith community that seemed right -- that made sense of the universe for me -- attending first a Quaker meeting, then a Unitarian church, and finally a Methodist church, and each time I ended up faced with the same questions I'd had, questions that no one seemed to be able to answer.

The prime question was "How do you know all this is true?"  In other realms, that question was usually easy to answer.  Science, of course, was cut-and-dried; factual truth in science is measurable, quantifiable, observable.  But even with situations that aren't exactly rational, there's usually a way to approach the question.  How do I know that my family and friends love me?  Because they demonstrate it in a tangible way, every day.

But the claims of religion seemed to me to be outside even of that, and I never was able to get answers that satisfied.  Most of them boiled down to "I've had a personal experience of God" or "the existence of God gives meaning to my day-to-day experience," neither of which was particularly convincing for me.  I have never had anything like a transcendent, spiritual experience of an omnipresent deity.  And something imbuing meaning into your life doesn't make it true.  I'd read plenty of meaningful fiction, after all.  And as far as my wanting it to be true, if there was one thing I'd learned by that point, it was that the universe is under no compulsion to behave in a way that makes me comfortable.

So ultimately, I left religion behind entirely.  I have no quarrels with anyone who has found a spiritual home that works for them, as long as they're not forcing it on anyone else; in fact, I've sometimes envied people who can find reason to believe, wholeheartedly, in a greater power.  I just never seemed to be able to manage it myself.

That's not to say I'm unhappy as an atheist.  Perhaps I can't access the reassurance and comfort that someone has who is deeply religious, but there are a lot of the petty rules and pointless, often harmful, restrictions that I wish I'd abandoned many years earlier.  (The chief of which is my years of shame over my bisexuality.  The damage done to the queer community by the largely religiously-motivated bigotry of our society is staggering, and heartbreaking.)

But there's something about being part of a religion that I do miss, and it isn't just the sense of community.  You can find community in a book group or weekly sewing night or runners' club, after all.  What I find I miss most, strangely enough, is the ritual.

There's something compelling about the ritual of religion.  The Roman Catholicism of my youth is one of the most thoroughly ritualistic religions I know of; the idea is that any believer should be able to walk into any Catholic church in the world on Sunday morning and know what to do and what to say.  (Giving rise to the old joke, "How do you recognize a Catholic Star Wars fan?"  "If you say to them, 'May the Force be with you,' they respond, 'And also with you.'")  The vestments of the priests, the statuary and stained glass windows, the incense and candles and hymns and organ music -- it all comes together into something that, to the believer, is balm to the soul, leaving them connected to other believers around the world and back, literally millennia, in time. 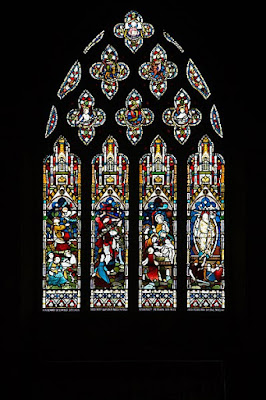 What got me thinking about this topic was a fascinating look in Science News at the effect that COVID-19 has had on rituals, and how that's affected individuals and society as a whole.  Not just religious rituals, of course; the pandemic has also put the kibosh on rituals like graduations, baby showers, weddings, funerals, secular holiday celebrations, sporting events, even personal ones like birthday parties and anniversaries.  All this has left a lot of us feeling unmoored.  What's taken their place -- Skyping, virtual get-togethers, Zoom meetings -- hasn't proven to be a replacement emotionally, even for non-religious people like myself.

Why humans are so attracted to rituals is an interesting question in and of itself, and one which the article looks at in some depth.  What interests me is not the obvious answer -- creating an in-group, a way to recognize our tribe.  There's a lot more to it than that.  It seems like humans are so wired into ritualistic behavior that it doesn't even matter what the context is.  One experiment the article cites took volunteers and separated them into two groups.  Each group was given a list of one-syllable words to read.  Members of the first group took turns, each participant reading aloud one column of words, then another participant moving on to the next, and so on.  The second group, though, did something different -- they recited the words together to the beat of a metronome.

The researchers gave the volunteers a standard "cooperation game" to play afterward.  The way it works is that you have two choices, X or Y.  If you choose X, you get seven dollars.  If you choose Y, you get ten dollars -- but if and only if every other member of the group also chooses Y.  If anyone chooses X, the ones who chose Y get nothing.

We bond to each other through rituals, even if it's something as silly as chanting a list of random words together.

Given that the pandemic is showing no signs of waning -- here in the United States, at least, where for some people wearing a mask to protect yourself and others is considered a fundamental infringement on your liberties -- my guess is that our rituals won't be returning to normalcy for a long time.  What's certain is that our desire for those rituals is very deeply wired into our brains, and their loss has hit a lot of people hard.  It remains to be seen whether we'll find alternate ways to exercise this drive, at least until there's an effective vaccine for COVID-19.

What long-term effect this will have on society -- on cohesion, connection, cooperation, even rates of depression and anxiety -- is unknown.