I grew up watching television shows like Lost in Space and Star Trek, and the first movie I ever saw in the theater was 2001: A Space Odyssey.  I was about ten at the time, and it also stands out as the first time I ever heard an adult who wasn't a family member swear.  I watched the movie with the combination of awe and total bafflement that apparently is a common reaction to it, and as we were leaving the theater a thirty-something guy turned to me and said, "Kid, do you have any idea what the fuck that was about?"
I'm not sure why he thought a ten-year-old would have a decent chance of understanding a movie that flummoxed the majority of adults.  And in fact, I had no idea why HAL had gone off his rocker and killed most of the crew, why we spent a good fifteen minutes watching swirling rainbow colors superimposed on a man's eye blinking, nor why the main character got turned into a Giant Space Baby at the end.  So I just grinned and shrugged and said, "Nope."
He nodded, and looked relieved.  "Glad I'm not the only one." 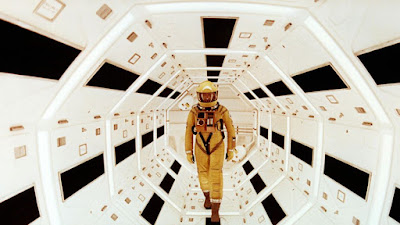 Anyhow, having had a continuous diet of science fiction as a kid, I was seriously dismayed when I found out in my high school physics class that the speed of light was a hard-and-fast speed limit, and that superluminal travel was impossible.  Not just beyond our current technology, like Lost in Space's cryogenic hibernation tubes, or Star Trek's tricorders; but really impossible, a contradiction of the fundamental laws of physics, whereof even Chief Engineer Scott said ye canna break despite the fact that the entire crew broke multiple laws of physics every week and none of them ever seemed any the worse for it, except for the ones who had red shirts.
Anyhow, I was heartened to find out that there was nothing ruling out almost-light-speed travel, and in fact you can get arbitrarily close to the speed of light, just not over it.  (Again, I'm talking in a theoretical sense; the practical bit I'll deal with in a moment.)  But my hopes were dashed again when I got a sense of how big the universe actually is.  To take a round trip at the maximum speed to the nearest star to the Sun, Proxima Centauri, would still take ten years.  And you get caught in the loopy time-dilation effects of General Relativity, even so; the closer you get to the speed of light, the more time slows down for you relative to the people you left behind on Earth, and you'd get back from your ten-year trip to find that hundreds, or thousands, of years had passed on Earth.  The idea was riffed on in one of Queen's least-well-known but coolest songs, written by astrophysicist and lead guitarist Brian May, which -- when you realize what it's saying -- is devastatingly sad:
And things only get worse the farther out you go.  The star Vega, home of the advanced civilization in the movie Contact, is twenty-five light years away, so a round trip would be at least fifty years, and the relativistic effects even more pronounced.  I mean, I'd love to see what's out there, but I'd rather (1) survive long enough to make the return journey, and (2) not find the Earth ruled by hostile, super-intelligent monkeys when I get back. 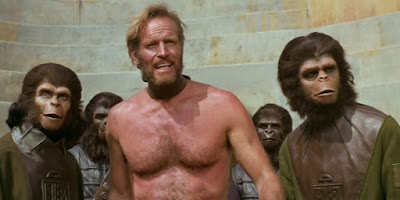 Anyhow, the reason this comes up is because of some new work on what I'd call a warp-ish drive.  It's not the Alcubierre warp drive, about which I wrote eight years ago in what has turned out to be unjustifiably optimistic terms.  The Alcubierre model has three problems, of increasing difficulty: (1) even if it worked, it would expose the crew to lethal levels of radiation; (2) it requires an energy source larger than the Sun; and (3) it requires exotic matter capable of warping space both in front of and behind the spaceship, and we don't even know if the exotic matter exists.
But, Alcubierre said, if we could do it, we could scoot around General Relativity and achieve superluminal speeds.
That "if" has pretty much put the kibosh on research into the question, because even if turns out to be theoretically possible, the technical difficulties seem to be insurmountable.  But a paper in the journal Classical and Quantum Gravity last week has scaled things down, back to almost-light-speed travel, and the designs they're coming up with are intriguing, to say the least.
The current paper, by Alexey Bobrick and Gianni Martire of Lund University, describes a set of solutions to the problem of near-light-speed travel that seem to be practical, even if the technology to achieve them is still currently out of reach.  The authors are cautious about how their work will be perceived by laypeople -- understandably, given the hype that has surrounded other such work.  "If you read any publications that claim we have figured out how to break the speed of light, they are mistaken," Martire said, in an interview with The Debrief.  "We [instead] show that a class of subluminal, spherically symmetric warp drive spacetimes, can be constructed based on the physical principles known to humanity today."
The encouraging thing is that they were able to show the feasibility of near-light-speed travel without recourse to some as-yet-undiscovered exotic matter with negative mass density.  And while we're back to most of the universe being still too ridiculously far away to reach, at least the nearer stars are potential candidates for study.  As Martire points out, "If we can send a probe to reach another star within ten years, it is still incredibly useful."
I can't help myself, though; even given my background in science, I'm still hoping for a loophole around the speed of light and General Relativity.  The idea of being able to get to nearby stars in a couple of weeks rather than a couple of decades is just too attractive.  I'm fully cognizant of how unlikely it is, though.
But maybe, just maybe, someday we'll find out that ye can break the laws of physics -- at least the ones we currently know about.  If so, I'll make sure not to wear a red shirt.
*********************************
The sad truth of our history is that science and scientific research has until very recently been considered the exclusive province of men.  The exclusion of women committed the double injury of preventing curious, talented, brilliant women from pursuing their deepest interests, and robbing society of half of the gains of knowledge we might otherwise have seen.
To be sure, a small number of women made it past the obstacles men set in their way, and braved the scorn generated by their infiltration into what was then a masculine world.  A rare few -- Marie Curie, Barbara McClintock, Mary Anning, and Jocelyn Bell Burnell come to mind -- actually succeeded so well that they became widely known even outside of their fields.  But hundreds of others remained in obscurity, or were so discouraged by the difficulties that they gave up entirely.
It's both heartening and profoundly infuriating to read about the women scientists who worked against the bigoted, white-male-only mentality; heartening because it's always cheering to see someone achieve well-deserved success, and infuriating because the reason their accomplishments stand out is because of impediments put in their way by pure chauvinistic bigotry.  So if you want to experience both of these, and read a story of a group of women who in the early twentieth century revolutionized the field of astronomy despite having to fight for every opportunity they got, read Dava Sobel's amazing book The Glass Universe: How the Ladies of the Harvard Observatory Took the Measure of the Stars.
In it, we get to know such brilliant scientists as Willamina Fleming -- a Scottish woman originally hired as a maid, but who after watching the male astronomers at work commented that she could do what they did better and faster, and so... she did.  Cecilia Payne, the first ever female professor of astronomy at Harvard University.  Annie Jump Cannon, who not only had her gender as an unfair obstacle to her dreams, but had to overcome the difficulties of being profoundly deaf.
Their success story is a tribute to their perseverance, brainpower, and -- most importantly -- their loving support of each other in fighting a monolithic male edifice that back then was even more firmly entrenched than it is now.  Their names should be more widely known, as should their stories.  In Sobel's able hands, their characters leap off the page -- and tell you a tale you'll never forget.
[Note: if you purchase this book using the image/link below, part of the proceeds goes to support Skeptophilia!]