By now, you'd think I'd know better than to use the phrase "no one" in a statement about belief in some crackpot idea.

Meet Jay Weidner, film director responsible for such masterpieces as Timewave 2013, Infinity: The Ultimate Trip, and (most significantly, for our purposes) The Secrets of Alchemy: The Great Cross and the End of Time.  On his website, Weidner outlines his three laws of the universe, which are poised to oust Newton's Laws as fundamental rules governing nature:
The First Law would seem to suggest that we should go back the Four Humors Theory of Medicine (all illnesses are caused by an imbalance between the Four Bodily Humors -- blood, phlegm, yellow bile, and black bile), as that was suppressed back when they noticed that patients treated according to the recommendations of this theory usually died.  The Second Law means -- never mind, I don't know what the fuck the Second Law means.  But the Third Law would seem to indicate that I'm a conspirator.  I guess that given that I call most conspiracies "theories," and worse still, ridicule them frequently in my blog, I'm not only a conspirator, but I'm really high up in the hierarchy of the conspiracy because I'm so determined to convince everyone that it isn't real.

In any case, Weidner is a big believer in alchemy, especially as it pertains to the production of the Philosopher's Stone, a substance that can give eternal life.  I thought that Dumbledore had destroyed the Philosopher's Stone way back in the first book of Harry Potter, but Weidner disagrees; he said he has discovered a book that shows you how to produce it, using "materials costing less than a thousand dollars," and he illustrates this on his website using a picture of Aquarius, symbolized by a guy with a Fabio hairstyle, huge pecs and biceps, a six-pack, and almost no clothes, pouring water out of a jar, wearing an expression that seems to say, "Hey, baby, you wanna partake of my Elixir of Life?"

Now there's a symbol that's worth a thousand pictures. 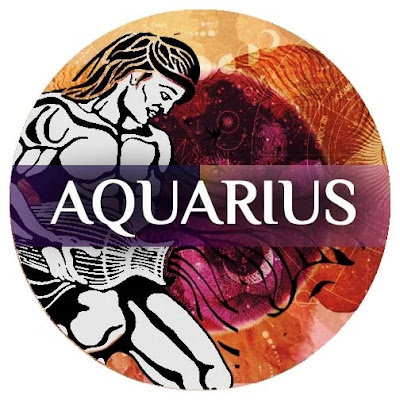 Anyway, the book that describes the process for making the Philosopher's Stone is available for free here.  Weidner cautions us all to download the book before the Evil Conspirators find out that it's available and "hit the internet kill switch."  Because we all know how much the people who run the internet care about the presence of wacky, absurd ideas out there online.  We can't have that.

Curious, I took a look at the book (The Book of Aquarius), since it's free.  When you go to the "Read Online" page, you get a set of chapter headings, and not wanting to slog through the pages of quasi-metaphysical bullshit, I decided to cut to the chase, and skipped to Chapter 14: What Is It Made Of?  And I found out that, to my great shock, the Philosopher's Stone is only made from one ingredient.  And that ingredient is...

Yes, you read that right.  I know, because I had to read it several times before I was convinced that I was reading it correctly myself.  And I thought, "Well, at least Weidner was right when he said that you can get the ingredients for less than a thousand dollars."  Here's the relevant passage from the book:

At this point, I had to stop reading, mostly because it's hard to read the computer screen when your forehead is on your desk.

Anyhow, I encourage you to peruse Weidner's site (I especially recommend the stuff about Stanley Kubrick faking the moon landing) and The Book of Aquarius.  But if you succeed in making the Philosopher's Stone, please don't tell me about it.  I don't want to know.  For one thing, it will mean that you'll have been playing around with your own urine, or, god forbid, someone else's, and that's just nasty.  For another, at that point you'll have discovered the Secret of Eternal Life, and being that I'm one of the Conspirators, I'd be duty-bound to kill you.  That'd just be unfortunate for a variety of reasons, the most important one of which is that I need all the readers I can get, and if I went around killing them it might discourage people from following my blog.