Birds of a feather

I should probably avoid social media altogether, given what a cesspit of ugliness it can be sometimes.

Unfortunately, it's provided the simplest way of keeping in touch with dear friends I seldom see, especially during the height of the pandemic (when I kind of wasn't seeing anyone).  But to say it amplifies the echo chamber effect is an understatement.  Not only do we tend to link on social media to like-minded folks (can't tell you how many times I've heard someone say that they'd unfriended someone solely because of some opinion or another, usually political), but with the few non-like-minded social media friends we have and keep, it takes so much energy to argue that most of us just sigh heavily, shrug our shoulders, and move on, even when confronted with opinions completely antithetical to our own.

Take, for example, what I saw posted yesterday -- a meme saying, "All I'm saying is, if my dog got three rabies shots and then still got rabies, I'd begin to get suspicious."  (It took all my willpower not to respond, "Oh, how I wish that was all you were saying.")  In any case, not only does the post trumpet zero understanding about how vaccinations and immunity work, it's back to the maddening phenomenon of a layperson thinking an opinion formed from watching Fox News and doing a ten-minute read of some guy's website constitutes "research." 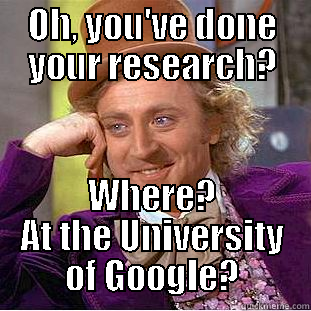 If that wasn't bad enough, a friend-of-the-friend -- no one I know -- responded, "It's what comes from drinking the libtard kool-aid."  So, let's take the ignorant post and make it worse by slathering on some ugly vitriol demeaning half the residents of the country.
And what did I do in response?
Nothing.
I just didn't have the energy to get drawn in.  Plus, there's a sense of such argument being futile anyhow.  I seriously doubt anyone, in the history of the internet, has ever had their opinion changed by arguing a point online with a total stranger.
Only a few minutes after seeing the post, though, I stumbled on some research out of the University of Buffalo that contains at least a glimmer of hope; that the screeching you hear on social media isn't necessarily reflective of the attitudes that the majority of people have, because these platforms amplify the loudest voices -- not necessarily the ones that make the best sense, or are even the most common.
In a paper in The Journal of Computer-Mediated Communication, Yini Zhang, Fan Chen, and Karl Rohe looked at our tendency to form "flocks" on social media.  By studying the posts from 193,000 Twitter accounts, and the 1.3 million accounts those accounts follow, they were able to uncover patterns of tweets and retweets, and found the strongest-worded opinions were the ones that got liked and retweeted the most.  They called this phenomenon murmuration -- the term comes from the flocking behavior of starlings -- capturing the idea that online expression of opinions forms and shifts not based on actual changes in the information available, but on who is saying what, and how stridently.
"By identifying different flocks and examining the intensity, temporal pattern and content of their expression, we can gain deeper insights far beyond where liberals and conservatives stand on a certain issue," said study lead author Yini Zhang, in an interview in Science Daily.  "These flocks are segments of the population, defined not by demographic variables of questionable salience, like white women aged 18-29, but by their online connections and response to events.  As such, we can observe opinion variations within an ideological camp and opinions of people that might not be typically assumed to have an opinion on certain issues.  We see the flocks as naturally occurring, responding to things as they happen, in ways that take a conversational element into consideration."

The fact that the social media flocking doesn't mirror the range of opinion out there is heartening, to say the least.  "[S]ocial media public opinion is twice removed from the general public opinion measured by surveys," Zhang said.  "First, not everyone uses social media.  Second, among those who do, only a subset of them actually express opinions on social media.  They tend to be strongly opinionated and thus more willing to express their views publicly."
It's not just political discourse that can be volatile.  A friend of mine just got blasted on Facebook a couple of days ago, out of the blue, because she posts stuff intended to be inspirational or uplifting, and one of her Facebook friends accused her of being "self-righteous," and went on to lambaste her for her alleged holier-than-thou attitude.  The individual in question doesn't have a self-righteous bone in her whole body -- she might be the only person I know who has more of a tendency to anxious self-doubt than I do -- so it was a ridiculous accusation.  But it does exemplify the sad fact that a lot of us feel freer to be unkind to people online than we ever would face-to-face.

The important point here is that it's easy to see the nastiness and foolishness on social media and conclude that this is the way the majority of the public believes and acts, but the Zhang et al. study suggests that the majority of the opinions of this sort are generated by a few strident people.  Only afterward do those posts act like a magnet to the like-minded followers they already had.
So as hard as it is to keep in mind sometimes, I maintain that the majority of people are actually quite nice, and want the same things we want -- safety, security, the basic necessities, health and happiness for our friends and family.  The ugly invective from people like the guy who made the "libtard" comment is far from a majority opinion, and shouldn't feed into a despairing sense that everyone is horrible.

The flocks, apparently, aren't led by the smartest birds, just the ones who squawk the loudest.  A lot of the rest are tagging along for the ride.  There's a broader population at the center, opinion-wise, than you'd think, judging by what you see on social media.  And when the birds step away from social media, most of them turn out to be ordinary tweeters just trying to stay with the flock-mates they feel the most comfortable with.