The anchor and the lifeline

129 years ago, Bertha Viola Scott was born in the little town of Wind Ridge, in Greene County, Pennsylvania.  She was the fourth child of Thomas Iams Scott and Nancy Elizabeth "Lizzie" (Donahoo) Scott; they would go on to have four more.

Her life wasn't easy, pretty much from day one.  Thomas Scott was a ne'er-do-well, with a reputation as a philanderer, and was gone from the home more often than he was there.  Lizzie was a kind person and a good mother, but in 1903 -- when Bertha was ten -- she died in a typhoid epidemic. 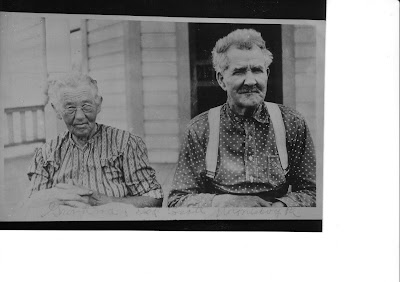 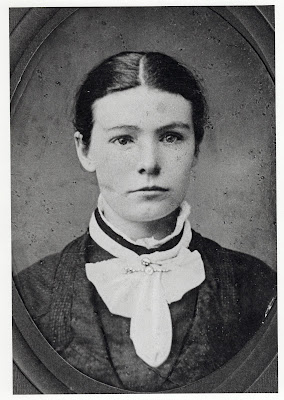 The seven Scott children -- one of them, Clarence, had died as an infant -- were farmed out to various uncles and aunts.  Bertha and her two older sisters, Roxzella Vandell Scott ("Zella") and Fannie Elinore Scott ("Fan") decided they had to look after the younger ones to make sure they were being treated fairly, and became the surrogate mothers to their siblings. 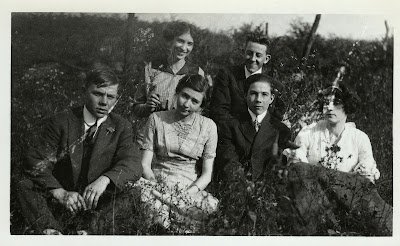 Top row, l. to r.: Zella (Scott) Knoderer and her husband Cecil Clair Knoderer
Bottom row, l. to r.: Donald Jacobs (the Scott children's first cousin), Bertha Viola Scott, Albert Romer, and his wife Fan (Scott) Romer (ca. 1912)
In around 1914, when Bertha was 21 years old, she and a younger sister (Florence, then age twelve) upped stakes and moved to southern Louisiana.  I've never known why it was they made the move; to my knowledge, no one else came with them.  They were dirt poor, so it definitely wasn't a pleasure excursion.  It may have had something to do with the beginning of World War I, but if so, I don't know what.  In any case, both of the young ladies met and married someone from Louisiana -- Bertha married a small equipment repairman named Alfred Joseph Bonnet in 1915, and Florence a man from New Orleans named Kirby Lodrigues in 1924 -- and both of them lived in the state for the rest of their lives.
Alfred was a gentle, soft-spoken man, fifteen years Bertha's senior.  They had two children, both sons; Raymond Joseph in 1916, and Gordon Paul -- my father -- in 1919. 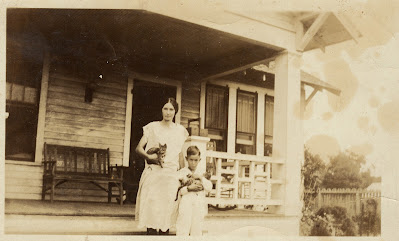 My Grandma Bertha and my dad, ca 1927, along with some of their numerous pets 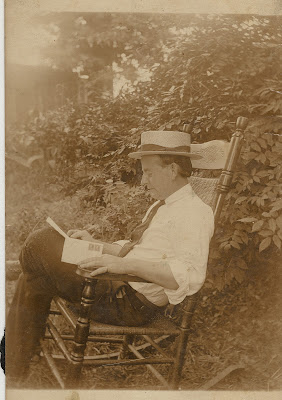 My grandmother had no particular training that would have qualified her for a job -- she wasn't well educated, and had gone from the abject poverty of her youth right into a marriage in an unfamiliar place -- so she took on a position as housekeeper for a Catholic priest, an eccentric, cigar-smoking Dutch expat named Father John Kemps.  She finally became not only Father Kemps's housekeeper but his general manager, and he needed one.  He was a bookish, multilingual polymath who couldn't be counted upon to remember where he'd put his shoes, and my grandma took over the oversight of the household, the parish affairs, and Father Kemps's personal life, eventually pretty much running the place singlehandedly. 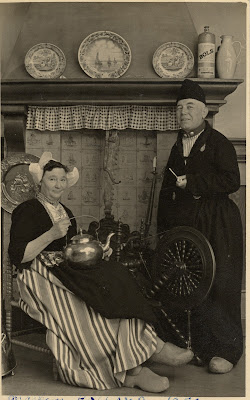 Bertha and Father Kemps, on a trip to visit Father Kemps's family in the Netherlands (ca. 1960) -- he convinced her to don some traditional clothing and pose like they were in a portrait by one of the Old Dutch Masters

My father joined the Marine Corps at the beginning of World War II, and spent the next 25 years bouncing from military base to military base, never staying in one post for more than three or four years.  He married my mom, a full-blooded Cajun from Raceland, Louisiana, in 1943, and two years later my sister and only sibling, Mary Margaret, was born.  Mary was born with Rh-incompatibility syndrome, and only lived three days.

It wasn't until fifteen years later that I came along -- a surprise, apparently, sometimes referred to as an out-and-out mistake.  In an eerie repeat of his own grandfather, my father was gone through a good bit of my early childhood, but in this case not by choice.  He was stationed in Reykjavik, Iceland when I was a year and a half old, and back then families rarely accompanied service members on overseas assignments.  My mom and I moved back home and lived with her father and stepmother.

This set up a fractious relationship, and honestly, it never improved much.  My parents were kind of an odd couple in a lot of ways -- my dad reserved, quiet, with a quirky and offbeat sense of humor; my mother artistic, emotional, and volatile.  Having an unplanned child suddenly show up when my dad was 41 and my mom 40 didn't improve matters any.  When I was eight, my dad retired from the military and came back home to Louisiana -- and my parents sent me to live with my grandma for a year and a half.  The reason they gave was that they were working on building a house and didn't want a little kid getting in the way, but I think it was probably just as much that they didn't quite know what to do with me.

However, it did forge a strong relationship between me and my grandma.  She became my anchor.  She was a tough, no-nonsense type, but loved dogs and cats, music, and talking about family history, all of which I shared.  My passion for genealogy started when I was about twelve, and she told me about her childhood and her own parents and grandparents, and I decided to write it all down. 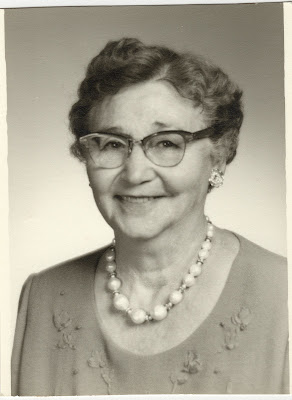 In a lot of ways, that relationship with my grandma kept me going during my turbulent and difficult teenage years, and I remained close to her up through college.  I moved out of state in 1982, and kept in touch with regular letters -- my grandma loved receiving letters -- and when she died four years later, at the age of 93, it felt like a lifeline had been cut.

Now, 36 years later, I still cherish my memories of her, and the anniversary of her birth (March 4) always makes me think about her.  Her story is an inspiration -- that despite the cards stacked against you, you can still stay strong and survive.  My grandma started from deprivation and poverty, and beginning with the pact she made with her sisters to protect their younger siblings after their mother died, she lived life fiercely protective of the people she loved and uncompromising in her own ideals.

I can only hope that I have lived my own life with the courage, devotion, and determination she showed in the face of adversity, and that she'd be proud of who I've become.  I still miss you, Grandma.  Happy birthday.