The merry-go-round of self-blame

Depression is, at its heart, a completely irrational condition.

One of the (many) therapists I've seen during my life told me that the way to deal with depression and/or anxiety was to do a reality check.  Is this feeling I'm having right now consistent with what I know reality to be?  It sounds good, but in practice, it's extraordinarily difficult to do.  Depression and anxiety make it harder for you to be certain what reality is.  The problem is that the depressed and/or anxious response feels just as real as reality does.  You can analyze those feelings in as dispassionate a way as you want, but when the things you're trying to discern seem to be equally plausible, you're in trouble.

One good example is my continual fear of talking too much or calling attention to myself in social situations, especially when I've had a drink or two.  If I'm stone-cold sober there's usually no question, because I hardly ever say anything, much less too much or the wrong thing.  But the inhibition-releasing tendency of alcohol consumption blurs the ability to self-perceive accurately, and afterward, I'm always convinced that I said more than I should have or something I shouldn't have, and nearly every time I have to appeal to my wife to do my reality checking for me.

This is why my reaction to a piece of research that appeared last week in the Journal of Psychiatric Research made me say, "Well, duh."  Not, understand, that I am at all critical of research to support what are honestly anecdotal claims; more that what they found is essentially how I live.  A team at King's College London, led by clinical psychologist in mood disorders Roland Zahn, studied the reactions of a group of test subjects -- some of whom had a history of suffering from depression, and others who did not -- to various hypothetical social interactions, and had them identify what would be their most likely responses if it were a real situation. 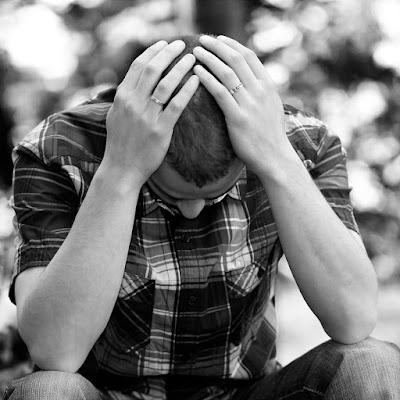 What the team found was that people who have depression tend to blame unpleasant social interactions on themselves, even if the circumstances make it unlikely that they were at fault.  "Self-blaming feelings such as guilt, self-disgust and self-directed anger are key symptoms of depression and Freud is widely credited for pointing to the importance of excessive self-blame in depression," Zahn said, in an interview in PsyPost.  "Social psychologists have done research into these so-called ‘action tendencies’, i.e. implicit feelings of acting in a certain way, such as hiding or creating a distance from oneself, which are entailed in complex feelings.  This is why my PhD student Suqian Duan set out to investigate this question.  In this study, we investigated blame-related action tendencies for the first time systematically in people with depressive disorders."

The response Zahn describes is strikingly similar to my experience of clamming up completely in social situations.  "Many people with a history of major depression, despite having recovered from symptoms, showed an action tendency profile that was different from people who had never experienced major depression and are thus at a lower risk of depression overall," he said.  "They were more likely to feel like hiding, creating a distance from themselves and attacking themselves when faced with a hypothetical scenario of acting badly towards their friend whilst being less likely to apologize.  Interestingly, we showed that the label of the emotion did not map one-to-one on specific action tendencies as was often assumed but rarely tested.  Feeling like attacking oneself was specifically associated with self-disgust/contempt, a feeling which we had previously found to be the most common form of self-blaming feeling in depression."

Zahn points out (correctly) that one of the difficulties is there is such a thing as reasonable guilt.  Purging oneself of all guilt feelings shouldn't be the goal; sometimes we feel guilty for a very good reason, and those feelings can prompt us to make amends for mistakes we've made.  "There is... a controversy around how to measure and define healthy forms of guilt, which help us to apologize and try to repair the damage we might have done from unhealthy forms of self-blame, where we take responsibility for things that are out of our control and feel paralyzed by our guilt or sense of failure, so that we hide away from the situation," Zahn explains.

The trouble is, with depression and anxiety, the ability to discern between justified and unjustified guilt or self-blame gets blurred, and depression and toxic narcissism lead to opposite and equally damaging false conclusions; the former, that every negative interaction is our fault, the latter that none of them are.

It's hard to see, in the absence of someone like my wife to do an external reality check, what you could do to get off the self-blame merry-go-round.  When the heart of the problem is an inaccurate but compelling view of oneself and the situation, trying to do any kind of internal reality check is likely to meet with limited success.  That's certainly been my experience.  I can even go into a social situation with the mantra, "I know I don't talk too much, everything is going to be fine, I should loosen up and just chat with people," but afterwards the inclination to self-blame anyhow is awfully powerful.

No wonder we feel like hiding a lot of the time.