Undoubtedly you are aware of the outrage from people on the anti-woke end of the spectrum about Disney's choice of Black actress Halle Bailey to play Ariel in their upcoming live-action remake of The Little Mermaid.

This is just the latest in a very long line of people getting their panties in a twist over what fictional characters "really" are, all of which conveniently ignores the meaning of the words "fictional" and "really."  Authors, screenwriters, and casters are free to reimagine a fictional character any way they want to -- take, for example, the revision of The Wizard of Oz's Wicked Witch of the West into the tortured heroine in Gregory Maguire's novel (and later Broadway hit) Wicked.  This one didn't cause much of a stir amongst the I Hate Diversity crowd, though, undoubtedly because the character of the Witch stayed green the whole time.

But that's the exception.  In the past, we've had:

The current uproar, of course, is worse; not only is it blatantly racist, it's aimed at a real person, the actress who will play Ariel.  But these lunatics show every day that they care more about fictional characters than they do about actual people; note that the same folks screeching about Black mermaids seem to have zero problem with using public funds to transport actual living, breathing human beings to another state, where they were dropped on a street corner like so much refuse, in order to own the libs.

Oh, but you can't mess about with the skin color of mermaids.  In fact, the outrage over this was so intense that it has triggered some of them to invoke something they never otherwise give a second thought to:

Yes, if you thought this story couldn't get any more idiotic, think again.  Now we have members of the Mermaid Racial Purity Squad claiming that mermaids can't be Black, because they live underwater, and if you're underwater you can't produce melanin.

I wish I was making this up.  Here's a direct quote:

Mermaids live in ocean.  Underwater = limited sunlight.  Limited sunlight = less melanin.  Less melanin = lighter skin color.  Because they live underwater, which has no access to light beyond a certain depth, Ariel and every other mermaid in existence would be albino.

Correct me if I'm wrong.  But isn't it physically impossible for Ariel to be black?  She lives underwater, how would the sun get to her for her to produce melanin?!  Nobody thought this through..?

Okay, well, correct me if I'm wrong, but applying science to a movie in which there's a singing, dancing crab, a sea witch with octopus legs, and a character named Flounder who clearly isn't a flounder is kind of a losing proposition from the get-go. 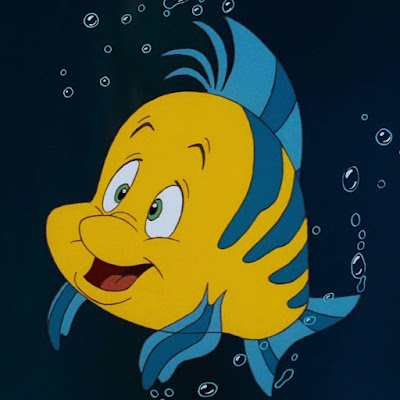 Fig. 1.  Flounder from The Little Mermaid. 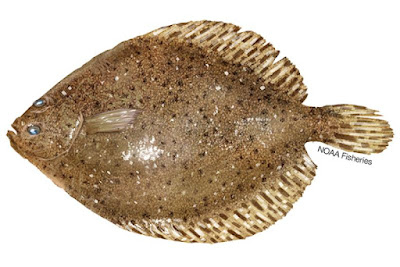 Plus, there are plenty of underwater animals that aren't white, which you'd think would occur to these people when they recall the last science book they read, which was One Fish Two Fish Red Fish Blue Fish by Dr. Seuss.

Oh, and another thing.  It's an ironic fact that the squawking knuckle-draggers who complain about "wokeness" every time some fictional character they like isn't played by a White American and are the same ones who pitch a fit at any kind of representation of diversity, be it in books, movies, music, or whatever, conveniently overlook the fact that (1) Hans Christian Andersen, who wrote The Little Mermaid, was bisexual, and (2) there's a credible argument that the original story itself was inspired by his grief at having his romantic advances rejected by his friend Edvard Collin.  (In fact, in the original story, the mermaid doesn't marry the prince -- he goes off and marries a human girl, just as Collin himself did, and the mermaid weeps herself to death.  Not a fan of happy endings, Andersen.)

Anyhow, anti-woke people, do go on and tell me more about "reality" and "what science says."  Hell, have at it, apply science anywhere you want.  Start with climate change and environmental policy if you like.  Or... does it only matter to you when the subject is people who aren't the right color, gender, ethnic origin, nationality, or sexual orientation?