Let me just say for the record that if you're making a claim, your case is not strengthened by lying about the evidence.

The topic comes up because of a loyal reader of Skeptophilia, who sent me a link along with a message ending with the words "HUGE FACEPALM," and I have to say that is, if anything, an underreaction.

The story starts with a piece of (legitimate, and actually fascinating) research that appeared in Nature a few years ago.  It used the technique of fluorescence tagging to establish that rapid movement of zinc ions at the moment of fertilization is one of the mechanisms that prevents polyspermy -- the fusion of an egg with two sperm cells, which would result in a wildly wrong number of chromosomes and (very) early embryonic death. 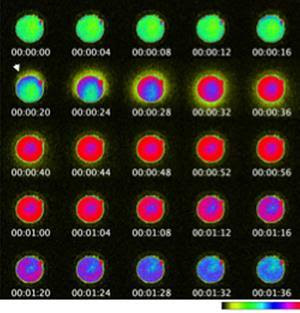 Well, a woman named Kenya Sinclair, writing for Catholic Online, found this research -- I was going to say "read it," but that seems doubtful -- and is claiming that this "zinc spark," as the researchers called it, represents the moment the soul enters the embryo.  Thus proving that an immortal soul is conferred at the moment of conception.

Don't believe me?  Here is a verbatim quote:

Catholics have long believed life begins at the moment of conception, which is why in vitro fertilization and the use of contraceptives are considered immoral.  Now, with the discovery of the spark of life, science just may have proven the Church has been right all along...

Researchers discovered the moment a human soul enters an egg, which gives pro-life groups an even greater edge in the battle between embryonic life and death. The precise moment is celebrated with a zap of energy released around the newly fertilized egg.

Teresa Woodruff, one of the study's senior authors and professor in obstetrics and gynecology at the university, delivered a press release in which she stated, "to see the zinc radiate out in a burst from each human egg was breathtaking."

Of course it is breathtaking - she saw the moment a soul entered the newly fertilized egg!

Though scientists are unable to explain why the egg releases zinc, which then binds to small molecules with a flash, the faithful recognize this must be the moment God allows a miracle to occur.

This then spawned a YouTube video (because of course it did) that has garnered over forty thousand views, and comments like the following:

IDK either, honestly, but mostly what IDK is how people who post this stuff remember not to put their underwear on backwards. 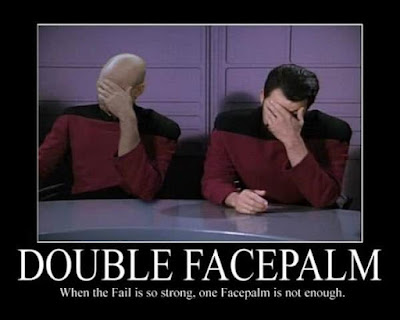 The whole thing put me in mind of the map that was circulating in the months after the 2011 Fukushima disaster, and was claimed to show the spread of horrible toxic nuclear contamination from the breached nuclear reactor: 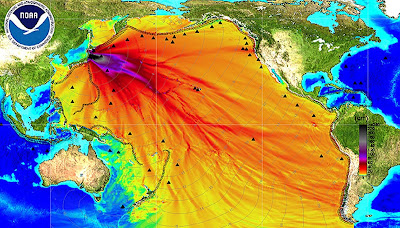 I mean, look at that!  Glowing purple at the center, with evil red and orange tendrils reaching out like some kind of malign entity all the way across the Pacific!
There are just a couple of problems with this.  First, if you'll look at the scale on the right, you'll see that the colors represent something measured in centimeters.  I don't know about you, but I've hardly ever seen radioactivity measured in units of distance.  ("Smithers!  We've got to get out of here!  If this reactor melts down, it will release over five and a half furlongs of gamma rays!")
In fact, this is a map showing the maximum wave heights from the tsunami.  But that didn't stop people from using this image to claim that NOAA and other government agencies were hiding the information on deadly contamination of the ocean in a particularly nefarious and secretive way, namely by creating a bright, color-coded map and releasing it on their official website.
Look, I get that we all have our pet theories and strongly-held beliefs, and we'd love it to pieces if we found hard evidence supporting them.  But taking scientific research and mischaracterizing it to make it look like you have that evidence is, to put it bluntly, lying.
And the fact that you're successfully hoodwinking the gullible and ignorant is not something to brag about.
****************************************