A frequent reader of Skeptophilia complained to me a couple of days ago that he might need to stop reading my blog, because every time he did, his blood pressure spiked out of sheer indignation at the level of idiocy that some humans are capable of.  "You either need to stop making so much sense," he wrote to me, "or you have to start blogging about kittens."

Be careful what you wish for. 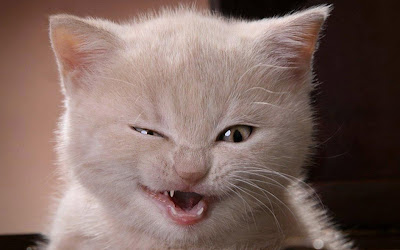 Prompted by his comment, and with a little bit of research, I discovered the page, "Psychic Cats Are Probably More Common Than Other Psychic Animals," which launches us off onto our topic for today.

The author of the page starts us out with a good question, to wit: How can we know that cats are psychic?  The answer comes in two parts: (1) because we own cats, and they sure seem psychic to us; and (2) the ancient Egyptians liked cats a lot.  Also, we have the inarguable fact that cats are nocturnal:


Then there's the long association of cats with witches as their 'familiars'. Actually, witches had a whole range of 'familiars', but it is only the cats which are remembered.  Cats go out at night and roam around in the moonlight.  In other words, cats are 'different'. They have something which sets them apart.

Actually, I see way more possums out at night than I do cats, and I don't think that anyone is arguing that possums are psychic.  But there were no Ancient Egyptian Possum Gods, so maybe that's the difference.

In any case, these folks are really invested in cats being psychic because they have a business in "geomancy," which is figuring out through ESP if a location has negative or positive Quantum Energy Frequency Vibrations, and then "clearing" it of any bad ones so that the negative energies won't infest your aura.  Or something like that.  It's hard to tell, frankly, because most of their explanations sound like this:


Sometimes saying that we do earth energy healing is a shorthand way of saying that we work with a variety of different energies.  If you have read some of the other pages on this site, you will realize that there are a variety of different energies to be found in any environment. Therefore, to say that geomancy or space clearing is only involved in earth energy healing is somewhat misleading.  Obviously (I hope!), you will recognize the need to keep your environment clear of those energies which can affect you negatively.

Oh!  Sure!  That makes it completely clear!  I mean, my only question would be, "What?"

At this point, you may be wondering what the cats have to do with it.  I know I was.  The whole cat angle comes from the fact that you can apparently use your cat to figure out which parts of your house have bad energies:


Energetically speaking, cats tend to be drawn to places noxious to humans. Therefore, they can be useful indicators of such areas, simply by observing them.  However, they also appear, from what we have been discovering with our own cats, that they also act as transformers of negative energy in some fashion.  As we became more and more involved in house clearing, and tackled more and more difficult places, so we found that our cats are of greater help.  For instance, they sit with us, or on the plan of the place we are working on and wander away when we are finished.

I can say with some degree of assurance that from observing my own cats, Puck and Geronimo, "sitting around looking bored" and then "wandering away to be bored elsewhere" are both activities at which they excel.  It also bears mention, however, that my cats are not exactly your textbook Fluffy Kitty: 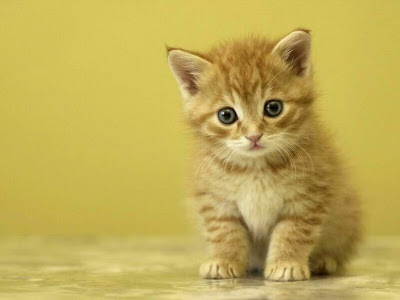 Figure 2: What neither of my cats looks even remotely like.

Puck's physical appearance makes her look like she's got a screw loose, an impression which is helped out by the fact that she's got one broken fang and frequently walks around with her tongue sticking part way out.  She's really quite a sweet-natured cat, but even people who like cats think she looks slightly demented.  Geronimo, on the other hand, is generally pissed off at the entire world.  Sometimes he just sits there and stares at me, his yellow eyes narrowed to slits.  It's unnerving.  He would have made a good witch's familiar, if he had been able to find a witch who was in his league, evil-wise, which would have been a challenge.

Oh, and did I mention that both of these cats are black?  I'm sure that's relevant, somehow.

The "Psychic Cats" page ends with a question, which certainly seems like a good one:


If cats are attracted to your house, to you and you have many of them, you need to look at why that is. Is it because they are protecting you?

To which I can only answer: if you think that your cats are protecting you, you might want to ask yourself who you would rather have by your side if an armed burglar broke into your house -- Brutus the Rottweiler, or Mr. Fluffums the Persian Cat?

So anyhow, I'm pretty sure that my cats aren't psychic.  For one thing, if they actually were psychic, I doubt they'd let our neurotic border collie, Doolin, push them around.  Plus, I'm guessing that they'd use mind-control to get something better than dry cat food for dinner.  And as far as being "drawn to places that are noxious to humans," Geronimo's favorite spot is on top of our hot tub.  So unless somehow the hot tub has become a Reservoir Of Negative Energy, I'm thinking that he's only sitting there because it's warm.  The upshot of it all is that in my experience, cats are kind of useless.  They're sort of like home decor items that run up vet bills and poop in a box in the corner of the laundry room.

So, that's our in-depth analysis of feline psychics.   And to the reader who wanted a kitten post, I hope you're satisfied at what you've done.  I suspect I've just unleashed a torrent of hate mail from (1) people who love cats and resent my criticizing them, (2) people who believe in psychic abilities and resent my poking fun at them, and (3) people who own psychic cats and simply hate my guts.  But it's a risk I'm willing to take.  As a blogger, you have to be responsive to your readers.  Even given the criticism I sometimes get, they're still an easier audience than Geronimo, who looks like he would happily claw my eyes out even though I feed him every day.