I try not to devote too much time to claims that are simply crazy.  After all, wacko claims are a dime a dozen, and some of the delusional folks who make them are more to be pitied than censured.

But every once in a while, along will come a claim that is so bizarre, so inspired, that it rises above the background noise to the point that it almost seems like a work of performance art.  And thus, I think, is the mélange of mishegoss that calls itself Unveiling Them.

At first glance, it seems to be nothing more than an End Times/Book of Revelation site, but it's much more than that.  They only start there, and afterwards, go off into reaches of weirdness the likes of which I haven't seen in a long time. 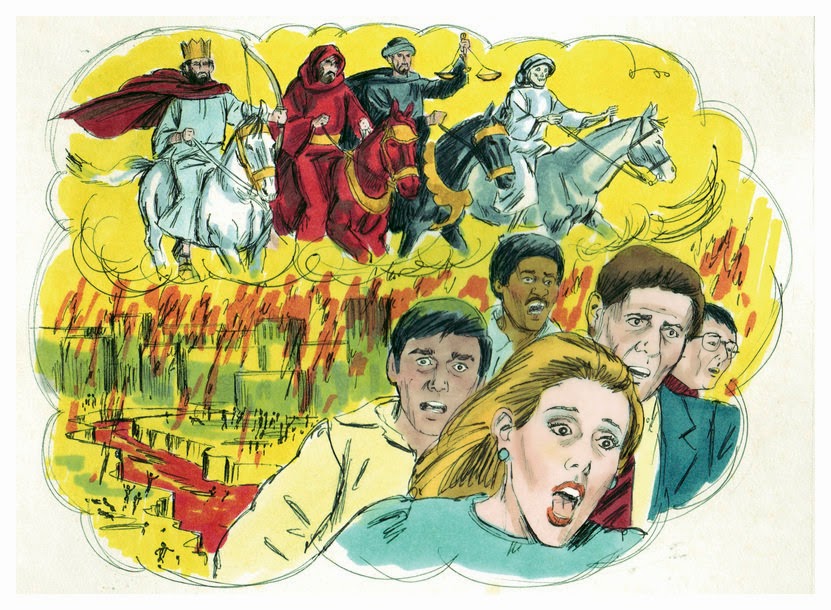 Besides the usual Number Of The Beast stuff, we find out that:

Of course, there's the warning posted on the website, threatening supernatural vengeance against scoffers like myself, which I reproduce here in toto:


Any attack on the words of these pages (and links) herein, whether it be directly or indirectly, by those whom these words speak of or by their agents or any instrument of theirs, will receive a thousand times what they gave to others, and the plagues and miseries they unleashed upon others, will abound in them.

So I consider myself forewarned.  Of course, given that the author of this website has a serious grudge against... well, pretty much everyone, it remains to be seen who would be left un-plagued after all was said and done.  He says that the bad guys who are doomed to destruction include anyone involved in "universities, colleges, foundations, research, corporations, legal system, intelligence organizations/contractors, the churches, media, medicine, police departments, military, all government agencies, school districts, water departments, energy & communications, financial institutions, music/movie industries, sports/entertainment, television/radio, funeral homes/cemeteries, insurance and real estate."  If you exclude all of the aforementioned, who do you have left to Inherit The Kingdom Of God?

The author of the website.  And maybe a handful of scattered peasant-sheepherder types in random locations.  The Lord Of Hosts will more be The Lord Of A Few Guys Who Wonder Where Everyone Else Went.

And there's lots more, which I invite you to peruse.  We apparently will know who the Elect are by their DNA, which is the same as Christ's DNA, which was secretly isolated from the Shroud of Turin.   We are told that the main goal is to "Put an end to violence and bloodshed," but that we are to accomplish this by "Rounding up every man, woman, and child for the abyss prepared for them," which seems a little counterproductive to me if ending violence is your goal.  (I suppose, of course, that if by the end of all of this, there's only seventeen people left on Earth, then it's gonna be de facto a more peaceful planet than it has been for a very long time.)

Anyhow, I'm about done with this, so I'll just leave you to cogitate on all of it.  Me, I'm going off to prepare myself to be Smitten A Thousandfold By Plagues And Miseries.  You'd think one plague would do it, wouldn't you?  A thousand seems a little wasteful.
Posted by Gordon Bonnet at 4:16 AM