When I was in elementary school, I developed a fascination with extinct prehistoric animals.  Not unusual, I realize; kids love big, powerful creatures with nasty pointy teeth.  But this interest has persisted for nearly fifty years.  The thought that millions of years ago, there were on the Earth strange beasts, the likes of which we will never see again, always raises in me a sense of wonder.  In the words of Charles Darwin, "There is grandeur in this view of life, with its several powers, having been originally breathed into a few forms or into one; and that, whilst this planet has gone cycling on according to the fixed law of gravity, from so simple a beginning endless forms most beautiful and most wonderful have been, and are being, evolved."

Whenever I run into someone who shares this interest, my first question is always, "What's your favorite?"  I had a student in my AP Biology class last year who is mighty fond of Anomalocaris, which in my mind has always had a rather Lovecraftian look: 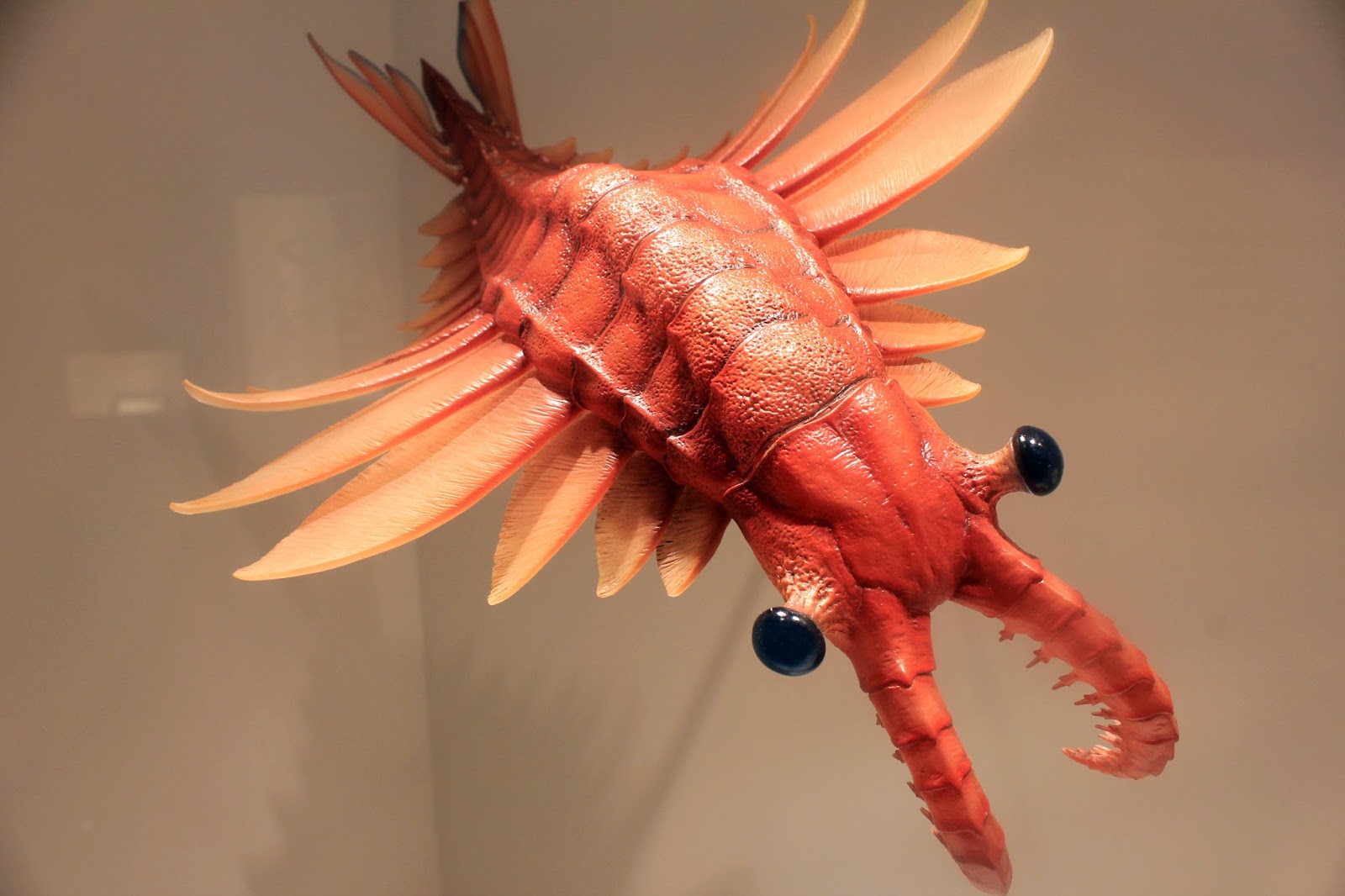 Another student has actually been on paleontological digs in North Dakota, and once told me he has a soft spot in his heart for the early mammal with the euphonious name of Didelphodon:

Me, I've always had a thing for flying animals, so my favorite group is the pterodactyloids, the best of which is the impossibly wacky-looking Rhamphorhynchus: 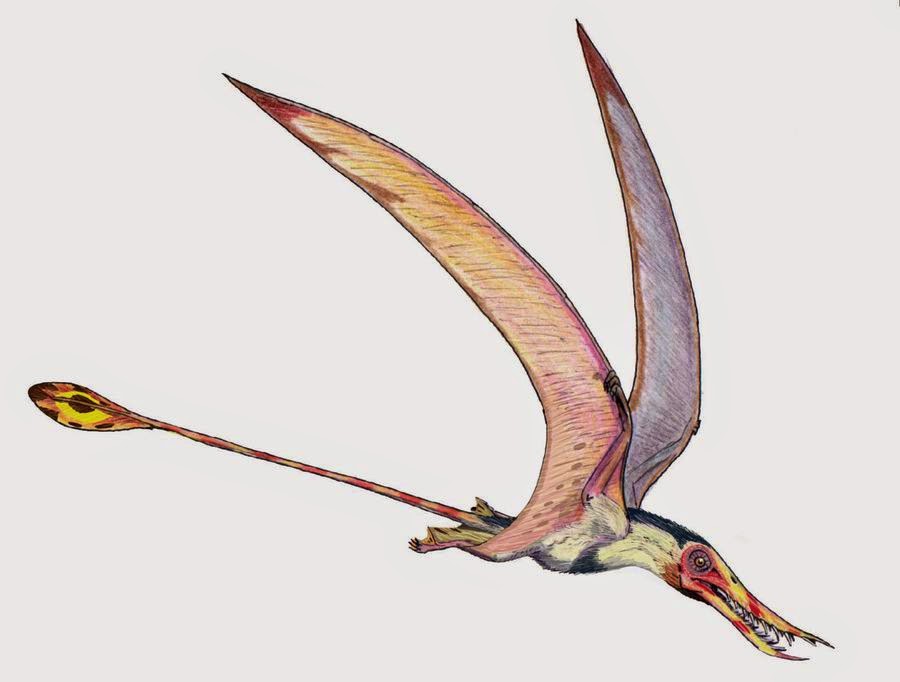 So it was with great interest that I read an article by Nick Redfern over at Mysterious Universe that claims that these guys might still be around.

Yes, you read that right.  Pterodactyls.  Big, leathery, weird flying reptiles.  In San Antonio, Texas, in fact.  Now, how there could be a breeding population of gigantic bird-lizards in Texas without people seeing them more often -- hell, given that it's Texas, without someone shooting one -- is a question that troubles Joshua P. Warren, investigator of all sorts of odd claims and author of the book Pet Ghosts.

And it was undoubtedly the research for his book that drove Warren to an explanation regarding why people see pterodactyloids (and other prehistoric creatures), but said cryptids never leave any hard evidence:

They're the ghosts of extinct animals.

"It seems absurd to believe that pterosaurs might still be amongst us, but never, ever get captured or killed," Redfern writes.  "Could it be that, as Joshua Warren’s research suggests, we’re dealing with the ghosts of long dead pterodactyls?  It sounds bizarre, but if people live on after physical death, then why not animals, too?"

Well, yeah.  "If."  I'm not convinced on that last account, as you no doubt know.  And of course, the convenient thing about this explanation is that this means that the lack of evidence becomes, in some bizarre way, a support for the contention itself.  "Nothing there?  No fur, footprints, anything?  There you are, then.  It's a Ghost Saber-toothed Tiger."

So I'm still figuring that we're looking at eyewitnesses who were either (1) confused, (2) lying, (3) drunk, or (4) all of the above.  But that's unlikely to convince either Redfern or Warren.

And understand that it's not that I'm happy about this.  I'd love it if there was some way to see what these magnificent animals looked like when they were alive.  And if I couldn't see a live one, I'd settle for a ghostly one.  But unfortunately, I very much doubt if either of these is possible -- although next time I'm in Texas, I'll keep an eye out.

Maybe the rare San Antonio Rhamphorhynchus will put in an appearance just for me.
Posted by Gordon Bonnet at 2:11 AM