Now, don't get all up in arms.  I'm not saying you can't love them and want to spend all available waking hours playing them.  This has nothing to do with moralizing about productive use of time.  For me, computer games are the opposite of relaxing and entertaining, particularly the ones where speed is required.  Even simple ones like Tetris get me so wound up I want to scream.  I still recall vividly my one and only time playing Angry Birds, because I got way angrier than the birds were.  The third time I flew my Bird head-first into a steel pipe, I just about had to be physically restrained from throwing my computer out of the window.

I realize this is an admission of a mild psychiatric disorder.  It's just a game, nothing to take seriously, certainly nothing to get agitated about, and so forth ad nauseam.  But it's a purely spontaneous reaction that I seem to have zero control over.  The result is if I had to choose between spending an hour playing Super Mario Brothers and having my prostate examined by Edward Scissorhands, I'd have to think about it.

All of this comes up because of a preprint of a new scientific paper sent to me by a friend wherein some researchers apparently taught an "organoid" -- a small, organ-like structure made of cultured brain cells -- how to play Pong. 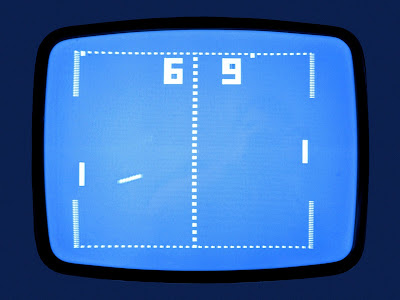 Here's how the authors, a team led by Brett Kagan of Cortical Labs of Melbourne, Australia, describe what they did:

Integrating neurons into digital systems to leverage their innate intelligence may enable performance infeasible with silicon alone, along with providing insight into the cellular origin of intelligence.  We developed DishBrain, a system which exhibits natural intelligence by harnessing the inherent adaptive computation of neurons in a structured environment.  In vitro neural networks from human or rodent origins, are integrated with in silico computing via high-density multielectrode array.  Through electrophysiological stimulation and recording, cultures were embedded in a simulated game-world, mimicking the arcade game ‘Pong’.  Applying a previously untestable theory of active inference via the Free Energy Principle, we found that learning was apparent within five minutes of real-time gameplay, not observed in control conditions.  Further experiments demonstrate the importance of closed-loop structured feedback in eliciting learning over time.  Cultures display the ability to self-organise in a goal-directed manner in response to sparse sensory information about the consequences of their actions.

"We think it's fair to call them cyborg brains," Kagan said, in an interview with New Scientist.

What's a little humbling is that these organoids probably play Pong better than I do.  And I doubt that after playing Pong for five minutes, they want to smash their Petri dish against the wall, which is how I'd react.

It does make me wonder where all this is going, however.  We have a clump of cultured brain cells integrated into electronic circuitry (thus the appellation "cyborg brains") that can learn, and get progressively better at, a game.  Okay, it may seem like a silly accomplishment; an organoid playing Pong, so what?  But keep in mind that this is only a proof-of-concept.  If the process works -- and it certainly seems like it did -- there's no reason they can't ramp up the sophistication of the task until they have something that is truly a complex synthesis of organic brain and electronic brain.

Just as long as we don't take the research too far.  Fellow Doctor Who fans know exactly where I'm going with this. 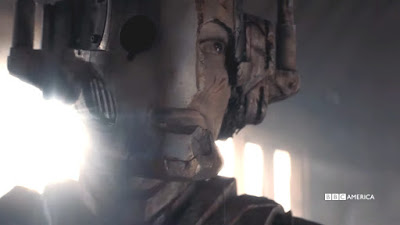 In this case, maybe the outcome would be that the Cybermen would do nothing worse than forcing humans to play hours and hours of Pong with them.  And I guess that's better than their wanting to assimilate us all.
Well, for most of us, at least.  Once again, given the choice, I'd have to think about it.

My question, though, is what'd be next?  Daleks playing Laser Tag?  The Silence playing charades?  Weeping Angels playing hide-and-go-seek?  Seems like the possibilities are endless.

In any case, if it passes peer review, it's a pretty stupendous achievement, and it'll be interesting to see where the research leads.  We're probably still a long way from anything useful, but as I've learned from years of watching science news, sometimes those leaps can come when you least expect them -- and span chasms you thought would never be crossed.