One of the topics I keep coming back to here at Skeptophilia is the possibility of extraterrestrial intelligence.  I have to admit, it's a bit of an obsession with me, and has been ever since I watched Lost in Space and the original Star Trek as a kid.

As with so many things, though, this fascination runs headlong into my staunch commitment to rationality, hard evidence, and the scientific method.  The SETI (Search for Extraterrestrial Intelligence) program has, to date, found no particularly good candidates for a signal from an alien race.  The Fermi paradox -- Enrico's famous question that if the likelihood of extraterrestrial life is so high, then "where is everyone?" -- brings us to the rather depressing answer of the three f's, about which I wrote in detail a couple of years ago.

UFO aficionados point toward all of the sightings of alleged alien spacecrafts, and the more skeptical of them rightly insist that even if it's only a small fraction of them that aren't dismissible because of the usual explanations (hoaxes, camera glitches, natural phenomena mistaken for UFOs, etc.), those few are still worth investigating.  Physicist Michio Kaku, who has gained a bit of a reputation for being out in the ionosphere on the topic, said, "You simply cannot dismiss the possibility that some of these UFO sightings are actually sightings from some object created by an advanced civilization… on the off chance that there is something there, that could literally change the course of human history."

But the fact remains that at present we have zero scientifically admissible evidence for the existence of ET.

Not so fast, says physicist B. P. Embaid, of Central University in Venezuela, in a paper available at arXiv (but not yet peer reviewed).  Embaid has been studying minerals found in meteorites, and he found two -- heideite and brezinaite -- that he says are superconductors that can only be synthesized in a laboratory.

And therefore, the meteorites in which they were found are fragments of a wrecked spaceship.

In Embaid's favor is the fact that heideite and brezinaite are weird minerals, and have never been found in a single natural terrestrial sample.  Brezinaite was created in 1957 by carefully layering chromium and sulfur; heideite eleven years later, by chemically combining chromium, iron, sulfur, and titanium.  Since their first synthesis, both minerals have been found in meteorites, but they have never been seen otherwise, even in ore samples rich in the constituent elements.

So, Embaid says, these are technosignatures -- relics from a technological civilization.

Predictably, my response is: 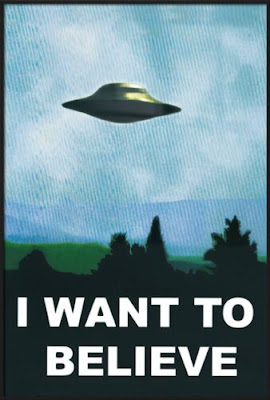 But I reluctantly must add that I need a good bit more than this to land myself squarely in Embaid's camp.  There's an important word I left out of my statement regarding heideite and brezinaite never showing up in terrestrial samples -- yet.  Recall that the element helium was first discovered on the Sun, from its characteristic spectral lines, long before it was detected in Earth's atmosphere.  I'm also reminded of the discovery in a meteorite of nonperiodic quasicrystals, a form of matter not thought to be naturally occurring anywhere, by a team led by physicist Paul Steinhardt (and which was the subject of his fascinating book The Second Kind of Impossible, which I highly recommend).  It's always tempting to assume that what we know now represents the final, definitive answer, and forget that nature has a way of surprising us over and over.

So could the discovery of two odd superconducting minerals in meteorites mean that we're looking at the flotsam and jetsam of a wrecked extraterrestrial spacecraft?  Sure.  We shouldn't dismiss that possibility simply because the bent of a lot of scientists is to scoff at UFOlogy; that is in itself a bias.  But based on what we currently have, it is way premature to conclude that the anomalous meteorites are technosignatures.

Now, if a meteorite contained some superconducting materials laid out in a pattern reminiscent of a circuit board, then you might have me convinced.  That, after all, is how the Tenth Doctor figured out what was going on in "The Fires of Pompeii:" 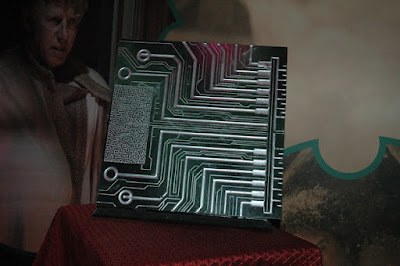