Howls from the losing side

After I wrote a piece two weeks ago about Pride Month and how critical it is for LGBTQ young people to see positive representation in books, television, and movies, I thought I'd finally said all I had to say about the subject.  After all, it's come up enough times before.  Hell, when I first came out as bisexual publicly, it was here at Skeptophilia.  Since then I've dealt with the general issue of homophobia, not to mention my reaction to having a homophobic slur (and a half-full can of soda) thrown at me personally.  I've responded to claims that any kind of queer representation in fiction is "virtue signaling" or an attempt to be "woke."  I've explained, as patiently as I know how, that the science is absolutely crystal clear that neither gender nor sexual orientation is a choice, and that neither one is binary.  I even responded to a reader who basically said that she was fine with my being queer as long as I went back into the closet and stayed there.

But I've also been hit between the eyes by enough horrifying stuff in the last few weeks that it's impossible for me to remain silent. 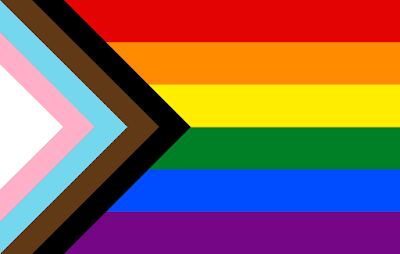 Let's start with Mark Burns, Republican candidate for the 4th Congressional District in South Carolina, who wants to re-launch the House Un-American Activities Committee specifically to root out "LGBTQ indoctrination" of children.  Such indoctrinators, he says, should be tried and executed for treason.

This "indoctrination" includes parents who are supportive of their trans children and teachers who have materials in their classrooms portraying LGBTQ individuals in a positive light.  All different subgroups under the LGBTQ umbrella, Burns said, are merely pedophiles in disguise, and as such deserve to die along with the people who support them.

I'm utterly baffled why such a statement -- threatening law-abiding American citizens with public mass execution -- doesn't immediately disqualify him from running from any office, anywhere, ever.  But no.  And Pastor Dillon Awes of Hurst, Texas, went even further; anyone identifying as LGBTQ should be executed without trial.  "They should be lined up against the wall and shot in the back of the head!" Awes said.  "That's what God teaches. That's what the Bible says.  You don't like it?  You don't like God's word, because that is what God says."

It's not only the horrific bloodthirstiness of these statements that is appalling; it's the hypocrisy.  Do you know what the Bible has way more prohibitions against than it does against homosexuality?  Usury.  Also known as lending money at interest.  In other words, the entire foundation of capitalism.  Don't believe me?  Check out Deuteronomy 23:19, Leviticus 25:13, and Nehemiah 5:10.   Oh, and don't overlook Ezekiel 18:13, where the required penalty for basically what we'd call "being a banker" is death.

Then there are the biblical prohibitions against tattoos, against wearing cloth made of two different kinds of fibers woven together, and against eating shellfish and pork.  (It also bears mention that the last-mentioned biblical passage also identifies a bat as being a bird.  Yay for biblical inerrancy, amirite?)

So until Burns and Awes start snarling as loudly about all these other things that are Abominations In The Lord's Sight, they can just shut their fucking mouths.

Then there's right wing author and commentator Nick Adams, who just tweeted last week, without any apparent sense of irony, "Straight white males are the most oppressed group in America today."  Really, Nick?  Show me one person who has recommended taking all straight white males and/or their allies and murdering them.

Oh, but that's not all.  How about Colorado Representative Lauren Boebert, who tweeted last week, "Take your children to CHURCH, not to drag bars."  She was evidently responding to a drag bar in Texas that hosted a "family-friendly brunch" where performers in drag read stories to the children who were in attendance.  While I have serious issues with children going to an event in any bar regardless of its description, the outrage here seems to be centered around the drag queens.  Because this is, apparently, something new?  These people have short memories -- I'll bet as children or young adults a good chunk of them watched Flip Wilson, Harvey Korman, Johnny Downs, Tony Curtis and Jack Lemmon (Some Like it Hot), Robin Williams (Mrs. Doubtfire), Dustin Hoffman (Tootsie), not to mention pretty much the entire cast of Monty Python's Flying Circus.  (In fact, one of their movies features a hilarious scene of men playing women pretending that they're men.)

Oh, and how about the fact that many of us, myself included, first learned about classical music from a cross-dressing rabbit? 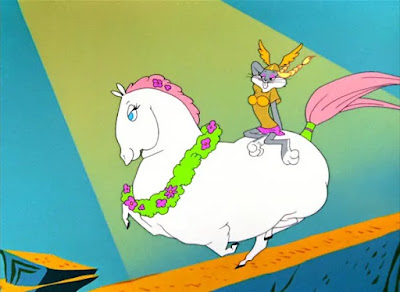 The situation is not all dire, and I have some hope that the hypocritical yammering of people like this is a desperate, last-ditch attempt to push an agenda that, in fact, polls show is increasingly unpopular.  The article a friend sent me, that was actually what got the ball rolling on this diatribe, pointed out that the latest research shows that eight out of ten Americans believe there should be specific legislation designed to protect LGBTQ individuals from discrimination -- and this includes two-thirds of the Republicans surveyed.

People like Awes, Burns, Boebert, and all the others who have been howling about queers corrupting society and taking over America are losing, and they know it.  But the scary part is that they can do a great deal of damage on their way out of the door.  A better world tomorrow won't help the trans kids who commit suicide today after being labeled as aberrations and denied appropriate medical care.  Queer teenagers subjected to the horrors of "conversion therapy" won't ever completely lose those emotional scars, even if they end up in a place where it's safe for them to claim their identity.  Even the subtler damage of the fear, secrecy, and shame inculcated in queer kids by immersion in a homophobic culture doesn't heal quickly, if it ever does.  I knew I was queer at age fifteen, and was terrified to come out until I was fifty-two.

You do the math.

Yes, I know we're all dead exhausted by the necessity of ringing the changes on the same issues over and over and over.  On the other hand, it's no better to swing too far in the other direction and decide that because things are getting better (which they definitely are), we can relax.  We have to keep clamoring loudly for equality, for explicit anti-discrimination legislation, for the rights of people to love who they love and be who they are publicly and without shame.

And until all those goals are achieved, don't expect me to be silent.  Anyone who doesn't like it -- well, feel free to unfriend me, unfollow me, block me, or ignore me into nonexistence.  But I'm not going to do what I did for decades, which is to allow the ugly bigotry imbedded in our culture to shut me up and make me hide.